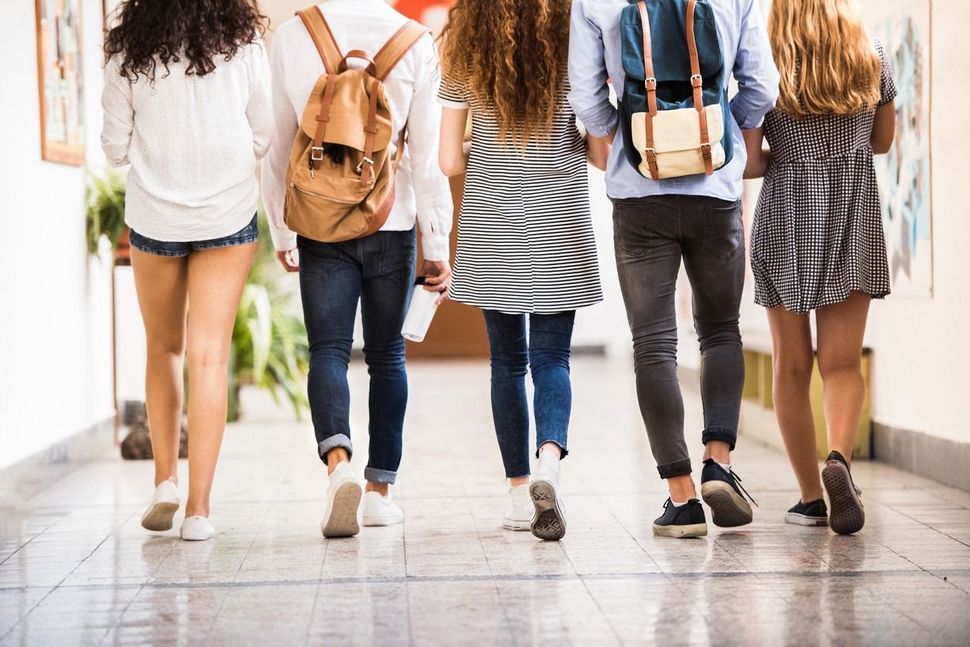 Dress codes should be egalitarian, no ifs, ands, or butts. Image by iStock

No spaghetti straps. No shorts above the mid-thigh. No leggings without sweaters that cover the butt. Bras are required.

Teenage girls at Joseph-François-Perrault High School seem to be channeling Nazi-era yellow stars of David on the eve of Yom HaShoah, Holocaust Remembrance Day, in protest of their school’s dress code, which leaders of the student movement call “archaic,” members of “Les Carrés Jaunes” (the yellow squares) have started pinning small yellow felt squares to their clothing. We reached out to the students to ask if the connection is intentional, but have not yet received a response. (To be fair, the young activists are probably in class.)

The group is demanding that changes be made to their school’s dress code in the name of “egalitarian feminism.” Proposed changes include the right to wear leggings without a long top, as well as the right to dress without a bra, to wear tops with thin straps, and to wear shorter shorts. On the Facebook page for “Les Carrés Jaunes,” where these demands are listed, the group writes that these demands are within reason — they do not ask for the right to expose deep cleavage or underwear, or wear extremely short shorts. “We are entitled to regain possession of our body,” the teens write. “To understand that we belong only to ourselves.”

As “Les Carrés Jaunes” has gained traction, with student leaders interviewed by Radio Canada and other major Canadian publications, the group has also faced criticism. In response, the students have apologized for their lack of clarity and released three objectives. According to their Facebook page, they hope to: “Adapt the dress code so that it is applied in the same way for boys, girls and all people, to combat the culture of rape and hyper-sexualization, [and to] establish sex education in secondary schools.”

So is this appropriation, reclamation, or simply unrelated to the yellow stars and similar accouterments Jews have been forced to wear at various times in our history? The young women who created this movement are certainly dealing with issues of human rights and discrimination. Perhaps rather than police errant polyester straps and strips of flesh, we should be inspired by the young people’s reminder: “We belong only to ourselves.”