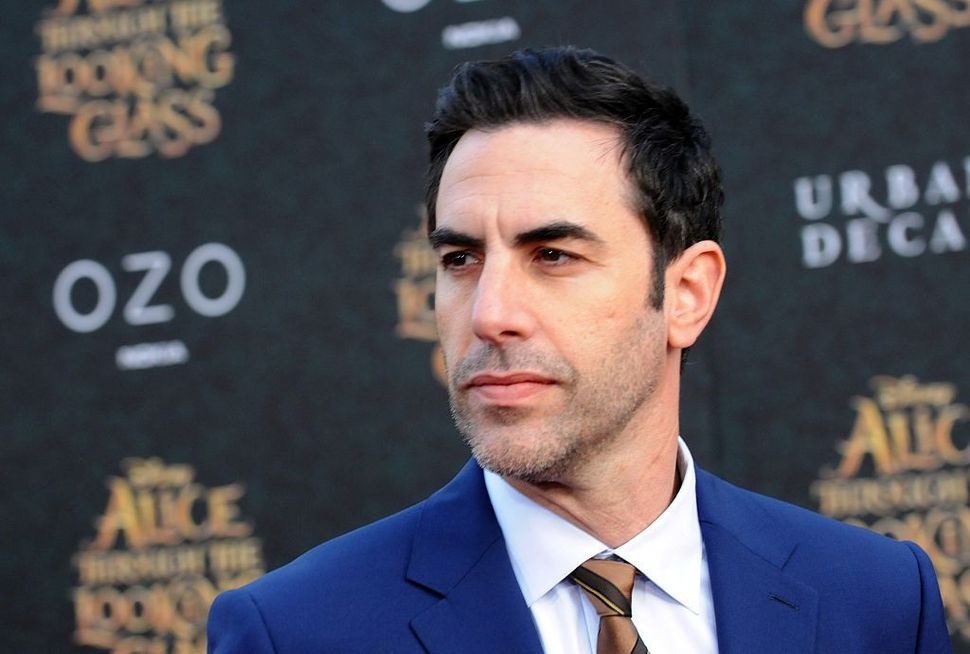 Sacha Baron Cohen will star in a limited Netflix series about the Israeli Mossad agent Eli Cohen, who served in Syria as a spy for Israel in the 1960s. The six-episode series, “The Spy,” will chronicle Cohen’s heroic intelligence-gathering work in Syria from 1961-1964, when he was discovered and executed by the Syrian government.

Cohen’s life story seems scripted by a Hollywood screenwriter — according to Jewish Virtual Library, the Egyptian born Jew raised by Syrian parents spent years doing covert Zionist projects in Egypt before moving to Israel and applying to the Mossad, Israel’s intelligence agency, from which he was rejected. Twice. Then Cohen married Nadia Majald (and yes, they were poor, and yes, they were both extremely beautiful). In 1960, he was at last recruited and trained by Mossad and sent to Syria, where he cultivated relationships by throwing wild parties and allowing politicians and businessmen to use his apartments to conduct affairs, all while under an assumed identity. He was apparently known as a dazzling bachelor and a sex symbol.

During his years undercover, he was credited with gathering intelligence that helped Israel in the Six Day War, particularly in its conquest of the Golan Heights. Cohen, under his spy name Kamal Amin Ta’abet, was taken to the Syrian-controlled Golan Heights, where he pretended to inspect the fortifications while actually gathering intelligence for Israel about the layout of the area. He suggested to the Syrian commanders that eucalyptus trees be planted to provide shade for the weary soldiers. Thus, the Israeli army knew that every eucalyptus tree in the Golan represented a Syrian target. In 1964, Cohen visited his three children and wife in Israel and asked for his assignment to be concluded, as he had reason to fear being discovered. But Cohen was asked to return, one last time. In his final visit to Syria, Cohen was discovered by Syria with the aid of Russian spy technology. He was tortured for information which he did not give up, taken through a sham trial, and executed despite protests around the world, from Golda Meir to the Pope.

“The Spy” is written and directed by Gideon Raff, the Israeli creator of the show “Prisoners of War,” upon which the American TV hit “Homeland” is based. Sacha Baron Cohen, the man who gave the world “Borat” (no war-winning intelligence, but it’s still pretty good), has recently been involved in Syrian aid work. He and his wife, actress Isla Fisher, reportedly donated one million dollars in 2015 to causes that aimed to serve Syrian children and refugees.