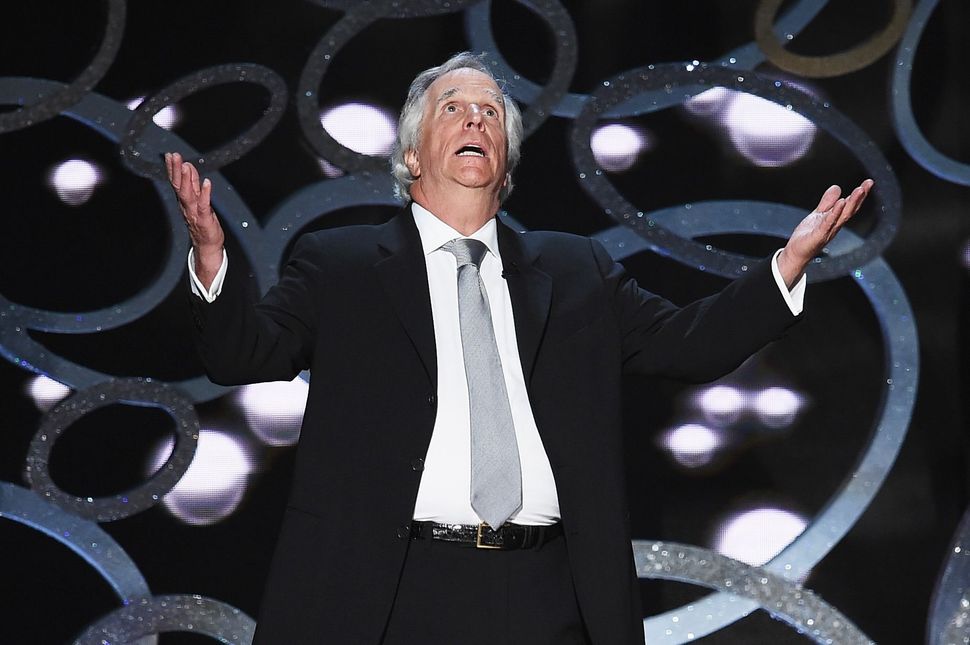 Who would have predicted that Henry Winkler, who became a household name in America as Arthur Fonzarelli (“The Fonz”) on “Happy Days” over 40 years ago, would be one of the most charming men in America in 2018? In an interview last week with People, the 72 year-old Winkler went on to quietly prove, as he has done in appearances on comedies like “Parks and Recration” and “New Girl” in the last decade, that his appeal has outlasted both 70’s biker chic and his own hairline.

In a cheerfully reflective feature, Winkler said, “I am now 72 years old, only recently did I become the actor that I thought about, that I talked about when I was 27.” The star of the new HBO hit “Barry,” (created by Saturday Night Live alum Bill Hader and Seinfeld writer Alec Berg,) called himself “a late bloomer.” But now, Winkler said, “I am living my dream.”

And here’s the money quote:

I was so fershimmeled inside as a human being. Like a fruity blend, so I was still chunky, I never quite got the blend and now, honest to God, not hyperbole not humility, just now I am becoming that smoothie.

Now, here’s the thing — that is the cutest quote we’ve ever read. However, Winkler’s use of “fershimmeled” is controversial. People defined the word as “confused,” adding a paranthetical to Winkler’s quote. Forward Yiddishist Jordan Kutzik says that “fershimmeled” is not Yiddish at all.

“It’s gibberish,” he says. “I assume they mean ‘farshimlt’ which means moldy.”

Kutzik says that he’s not sure what Winkler may have intended. “The only thing I can think of is that old men’s brains are sometimes called “farshimlt” if they’re demented, so maybe that migrated into English as a synonym for confused?” he wonders.

Here’s to clarity of thought and hoping that Henry Winkler’s brain and smoothies remain mold-free. Amen.