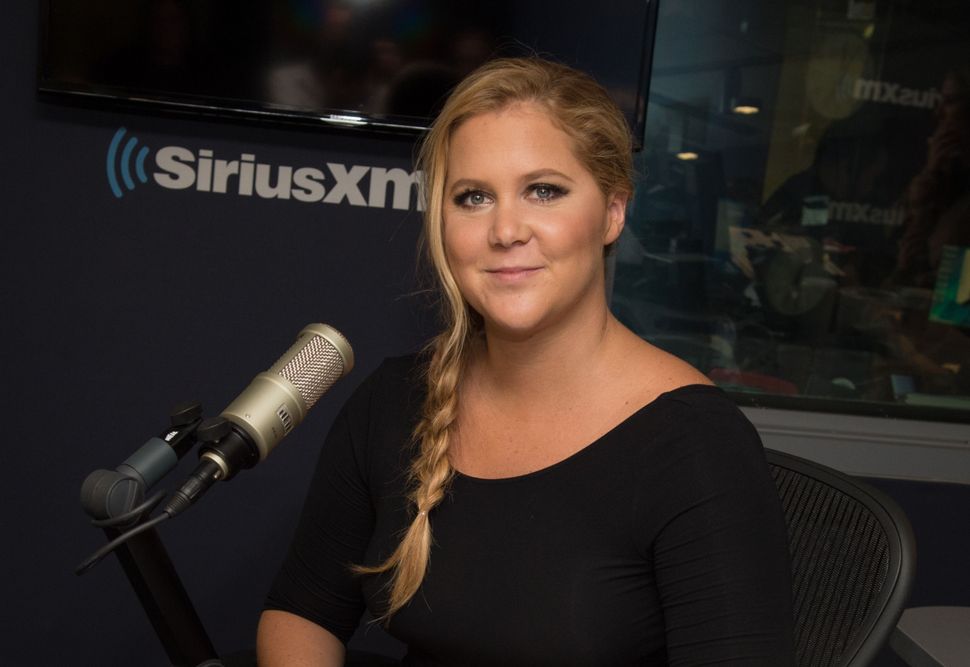 The fact that so much of Amy Schumer’s comedy graphically exploits her own sexuality will surely be the topic of countless future college theses, but not of this article. The question of Schumer’s verbally exhibitionist style, like the recent appearance the comedian made on the Ellen show to divulge truths like “What’s the craziest place you’ve ever had sex?” (answer: “My butt”) is not for us to consider. We are instead here to investigate how Schumer’s mother deals with these utterances.

On a segment of the popular talkshow called “Amy Answers Ellen’s Burning Questions,” DeGeneres prompted Schumer, “My spouse gives the best…” Schumer, recently married to chef Chris Fischer, immediately supplied an answer that cannot be printed here. The camera panned to Sandra Schumer. Like a seasoned pro, she gently shook her head, and then burst into gentle laughter, like a mom from a Windex commercial, laughing while wiping up spilled juice. When DeGeneres noted Mrs. Schumer’s presence, Schumer lightly placed her hand over her mouth, turned a delicate shade of magenta, and acknowledged that she had “heard worse.”

Kol hakavod, Sandra! All the respect. We salute Jewish mothers everywhere who let their daughters’ dreams soar even when doing so means hearing about sex acts on daytime television.