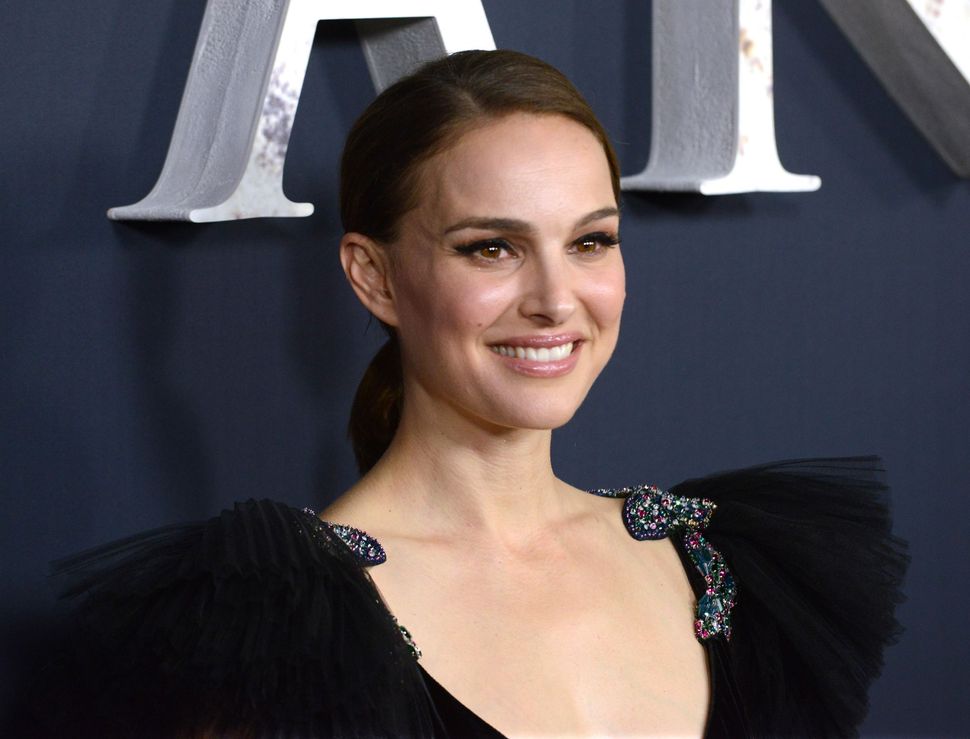 Israeli-born actress Natalie Portman will not travel to Israel to accept the prestigious Genesis Prize, the organization announced on Thursday. A representative told the prize committee on the actress’ behalf: “Recent events in Israel have been extremely distressing to her and she does not feel comfortable participating in any public events in Israel.” The representative added, “She cannot in good conscience move forward with the ceremony.”

The Genesis Prize is a one million dollar award, which winners can use to donate to any organization or organizations that they choose. Portman has said nothing about rejecting the prize itself, and the organization has said that it plans to move forward with donating the money (which was matched by an Israeli philanthropist, Morris Kahn, totaling $2 million,) to several women’s organizations, as Portman had intended. The Genesis Prize is an award that recognizes individuals who “inspire others through their engagement and dedication to the Jewish community and/or the State of Israel.”

Portman’s announcement has shocked the Jewish world and all those invested in the future of Israel and the Israeli-Palestinian conflict. Portman is, without competition (even from upstart “Wonder Woman” actress Gal Gadot) the most famous Israeli celebrity in the world, possibly the most famous Israeli in the world. The thing that makes Portman’s refusal to appear at an event in Israel so curious is that the actress, who was born in Jerusalem in 1981, has never wavered in her public support of Israel before. Portman, though frequently critical of Israel’s government, regularly speaks warmly of the country and of her Israeli identity. In fact, since Portman became a bona fide star at 18 in “Star Wars Episode I,” in 1999, she has stood by Israel through the Second Intifada, the building of the security wall around the West Bank, the 2006 Lebanon War, the first Gaza War, the 2010 Gaza Flotilla raid, Operation Pillar of Defense in Gaza, the 2014 invasion of Gaza, and the most recent ‘stabbing intifada’.

Portman’s oblique reference to “recent events in Israel” most likely refers to the events at the end of March and the beginning of April when Palestinian protests on the Gaza-Israel border resulted in Palestinian fatalities.

The question is: Why this? Why now?

To get a better picture, let’s look at Portman’s history with Israel.

Portman was born in 1981 in Jerusalem, to an Israeli father and an American mother who had made aliyah. Her father’s family had come to Israel as immigrants from Russia, Poland, Austria, and Romania. Portman, who starred in “The Diary of Anne Frank” on Broadway as a child, has often spoken about her grandparents’ experiences during the Holocaust. Of her grandfather, whose parents were killed in Auschwitz, Portman said, “He was sort of the quiet, brilliant man who led Pesach and I would always imagine him or his father in these horrifying humiliating conditions. The humiliation is almost harder for me to imagine than the physical pain.” Portman’s family moved to America when she was three years old for her father’s medical residency. Her first language is Hebrew. “I was lucky to be born in Israel,” Portman said in 2015.

In 2005, Portman spoke in depth about her relationship to Judaism and her Israeli identity for a book about Jewish celebrities. “I get much more Jewish in Israel because I like the way that religion is done there,” she enthused. In fact, when Abigail Pogrebin, who was conducting Portman’s interview, asked the star if she feels pressured to show support for Israeli causes, Portman insisted that she sees supporting Israel as her pleasure and responsibility. “I’m very comfortable with that,” she said. “and I’m currently exploring ways to help because I love the country.” Portman spoke about how painful it can be to hear anti-Israel rhetoric as an Israeli, saying, “It’s hard to be publicly critical. It has to be done in a very delicate, well-thought-out manner.” She added,”As someone who was born in Israel, you’re put in a position of defending Israel because you know how much is at stake. It’s become a much bigger part of my identity in recent years because it’s become an issue of survival.” Yet in the same interview, Portman, who was 24 at the time, said something that may have portended her decision to boycott the Genesis ceremony. “I don’t believe in going along with anything without questioning,” she said. “I think that’s the basis of Judaism: questioning and skepticism.”

After starring in the blockbuster “Star Wars” prequels from 1999 through 2005, Portman became one of the most recognizable performers in the world. As an adult Portman continued to cultivate a relationship with Israel, visiting many times and speaking about her warm relationship with the country and its people frequently in Israel. “The older I get, the more I realize how different it is to be a Jew in a Jewish place as opposed to a Jew in a non-Jewish place,” she said in 2013. “It’s definitely a different feeling in terms of how freely you can be yourself and celebrate your culture and religion.”

Natalie Portman, Israel Critic In May 2015, just after Benjamin Netanyahu’s Likud party won the Israeli elections, eventually forming a coalition government, Portman delivered harsh criticism to the longtime Prime Minister. She told the Hollywood Reporter, “I’m very much against Netanyahu. Against. I am very, very upset and disappointed that he was re-elected. I find his racist comments horrific.” In spite of these passionate critiques, Portman immediately added, “What I want to make sure is, I don’t want to use my platform [the wrong way]. I feel like there’s some people who become prominent, and then it’s out in the foreign press. You know, s**t on Israel. I do not. I don’t want to do that.”

Natalie Portman, Israel Auteur In 2014, Portman achieved one of her life’s dreams: she had long ago bought the film rights to the classic memoir-cum-novel “A Tale Of Love and Darkness” by Israeli luminary Amos Oz about his childhood in pre-statehood Israel, and she was finally able to turn her project into a feature film. She adapted the screenplay and directed, produced, and starred in the hebrew language movie.

She told the Guardian that her goal with the film was to “investigate the mythology” surrounding the creation of the state of Israel. But Portman insisted that in making a film about the early years of the state she was by no means endorsing a right-wing or anti-Arab vision of Israel. Citing the source material’s author, Amos Oz, she said, “I mean, he is the leader of the peace movement in Israel, the most peace-promoting, dialogue-inspiring person [and] the strongest supporter of the two-state solution and the strongest critic of the occupation of the West Bank, right from the beginning; he is still against it, and is an incredibly outspoken critic of it.” It seemed that Portman held many similar beliefs to Oz.

Though “A Tale Of Love And Darkness” was not a commercial success and received mixed critical reviews, the ample publicity for the movie affirmed Portman’s status as a public supporter of Israel.

Since the announcement by the Genesis Prize that Portman will not attend the ceremony in Israel, Miri Regev, Israel’s minister of culture and sports, commented that Portman has “fallen as a ripe fruit in the hands of BDS supporters,” accusing Portman of now viewing Israel’s existence as, “a tale of darkness and darkness.” Knesset member Oran Hazan of Likud has called for the country to revoke Portman’s Israeli citizenship (she is a dual citizen with the United States.) Yet many Israel critics have rejoiced in Portman’s boycott. The group “Jewish Voice For Piece” has put out a statement applauding the decision.

Change is a beautiful thing. pic.twitter.com/OInm7IsCdL