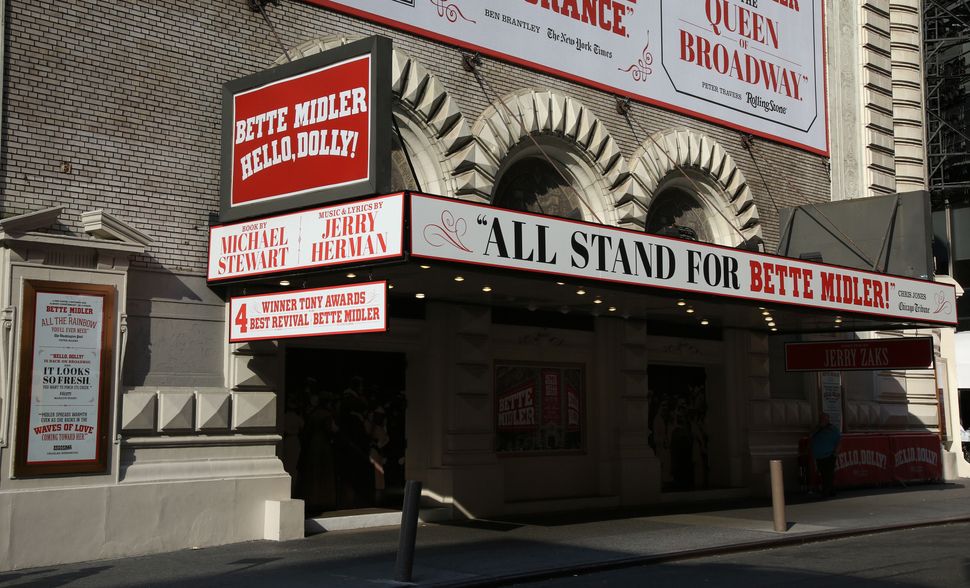 The 2017 Tony Award winner for the titular role in “Hello, Dolly” will return to the Broadway stage for the final weeks of the production she made a smash hit. Bette Midler, who received rave reviews last year for her portrayal of Dolly Levi opposite David Hyde Pierce, will resume her role for the final six weeks of the revival’s Broadway run. Hyde Pierce will also resume his role, replacing Victor Garber. Midler will retake the reigns from Bernadette Peters, who took over the role from Midler in April.

“Hello, Dolly!” producer Scott Rudin announced that the show will close on August 25, after playing for 17 months. The production, which also won the Tony Award for Best Musical Revival, will go on to tour the country beginning in October, with “Cats” legend Betty Buckley in the title role.

For this, the fourth Broadway revival of the 1964 production, Midler was heralded as one of the great Dolly Gallagher Levis of all time.

It will be so nice to have her back where she belongs.