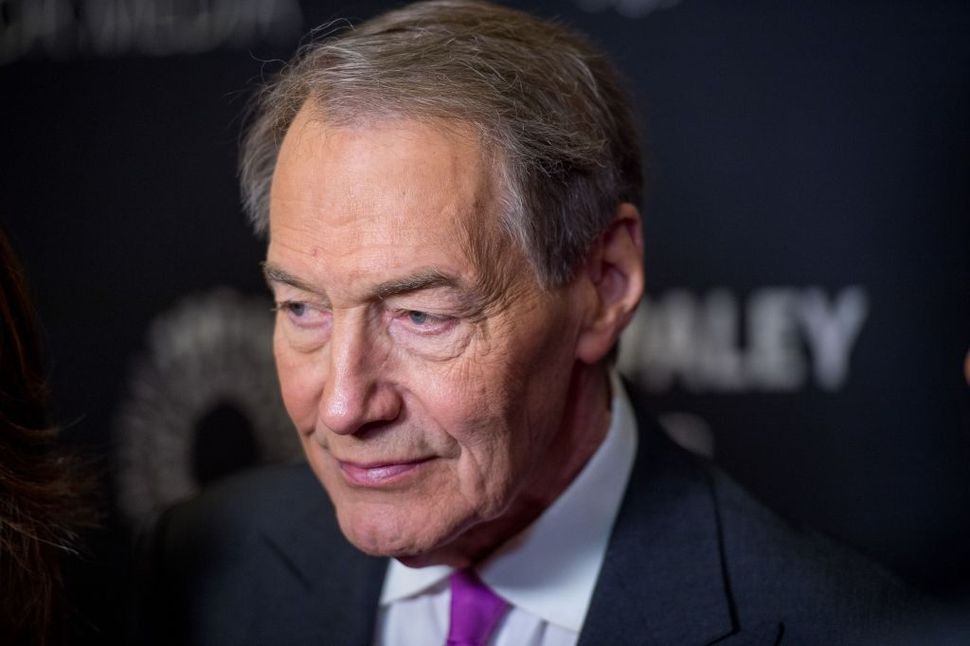 Journalist Tina Brown says she was approached to produce just such a show, in which, she told Page Six, Charlie Rose would interview various men whose careers ended (or so we believed) when revelations about accusations of their past sexual conduct were made public under the auspices of the #MeToo movement. Brown first said that she was approached about a “redemption show” starring Rose at a women’s luncheon for the Brooklyn Bridge Park Conservancy, and confirmed the story to Page Six. “These guys are already planning their comebacks” Brown said of Rose and other major names who have sunk into disgrace. Brown said that she declined a role in the series.

And why should there be a series, when we already have excellent television like this clip from 2015, where Kevin Spacey goes on Charlie Rose to explain that he “never stopped believing” in Bill Clinton during his sex scandal? Enjoy this golden age of television!!

Jenny Singer is a writer for the Forward.