‘Disobedience’, Jake Tapper’s First Novel And More To Read, Watch And Do This Weekend 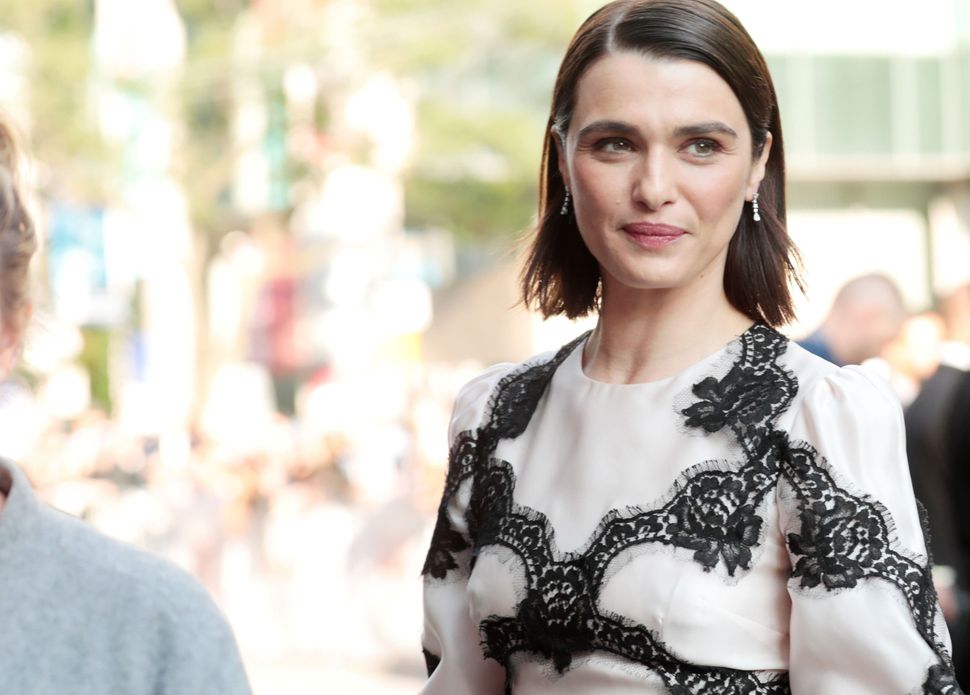 It finally feels like spring in New York, which is a mercy. Everyone looks beautiful, the city is enchanting, the parks beckon and one can almost forget that the news is very, very strange.

Let forgetfulness linger this weekend, and indulge in one of our top picks for new books, movies and cultural events in New York, Washington D.C., Chicago and Los Angeles.

Jake Tapper released his first novel, “The Hellfire Club”, this week. While it may not be the best book you’ll read in 2018, it should be a fun read, especially for avowed Tapper fans. (Count me among them.) If you’re seeking a different sort of fiction, Curtis Sittenfeld’s new short story collection “You Think It I’ll Say It” has been well-received. In non-fiction, check out Michael Idov’s “Dressed Up for a Riot: Misadventures in Putin’s Moscow”, which, the Forward’s Sam Bromer writes, “clearly presents the contradictions of life under an authoritarian regime, and the absurd theater of politics without democracy.” And if you’re feeling Shakespearean, pick up a copy of Harold Bloom’s “Lear: The Great Image of Authority.”

The Forward is abuzz over “Disobedience”, the Rachel Weisz and Rachel McAdams-led film adaptation of Naomi Alderman’s novel about a taboo romance between two Orthodox women. If you prefer witnessing explosions to contemplating religious strictures on love and sexuality, “Avengers: Infinity War” is probably sold out, but also probably pretty fun. And if you prefer sitting on your couch to pretty much everything, Adam Sandler’s new Netflix film “The Week Of”, which stars Sandler and Chris Rock, looks fairly interesting.

Speaking of “King Lear”, catch the Royal Shakespeare Company’s Antony Sher-led production of that same play at BAM before it closes this Sunday. (While you’re at it, read my review.) Read Daniel Witkin’s fascinating interview with the French director Olivier Assayas, then head to the IFC Center to view Assayas’s 1994 film “Cold Water”, only now receiving its American premiere. And if you find yourself wandering near Chelsea, stop in at the Paula Cooper Gallery for a solo show by Joel Shapiro.

If you live in D.C. and have somehow not yet had your full of bad behavior this week, reacquaint yourself with the true meaning of “cutthroat” at the Arlington Players’s production of “Sweeney Todd”. The Greenbelt Theater runs two interesting options this weekend: The documentaries “After Auschwitz” and “Bombshell: The Hedy Lamarr Story.” Take advantage of the nice weather to explore the outdoor sculpture offerings at the Kreeger Museum, including works by Carol Brown Goldberg, Jacques Lipchitz and John L. Dreyfuss.

It’s the Chicago Humanities Festival’s Springfest this weekend, with many good options from which to choose. We’re particularly interested by Steven Levitsky’s talk based on his new book “How Democracies Die”, a discussion with artist, activist and journalist Molly Crabapple and “Bachelor Nation” author Amy Kaufman’s conversation with Ali Barthwell. Other good options include the Steppenwolf Theatre’s “Hershey Felder: Our Great Tchaikovsky” and the Goodman Theatre’s production of Dael Orlandersmith’s “Until the Flood”, directed by Neel Keller.

This week, the Skirball Center debuted the exhibit “Leonard Bernstein at 100”; be sure to stop by. Odyssey Theatre recently opened a production of Joshua Harmon’s “Bad Jews”, which should be worth catching, as should be the Sunday performance of the TEMPO Ensemble’s “From Schoenberg to Schoenberg” at Caltech.

‘Disobedience’, Jake Tapper’s First Novel And More To Read, Watch And Do This Weekend