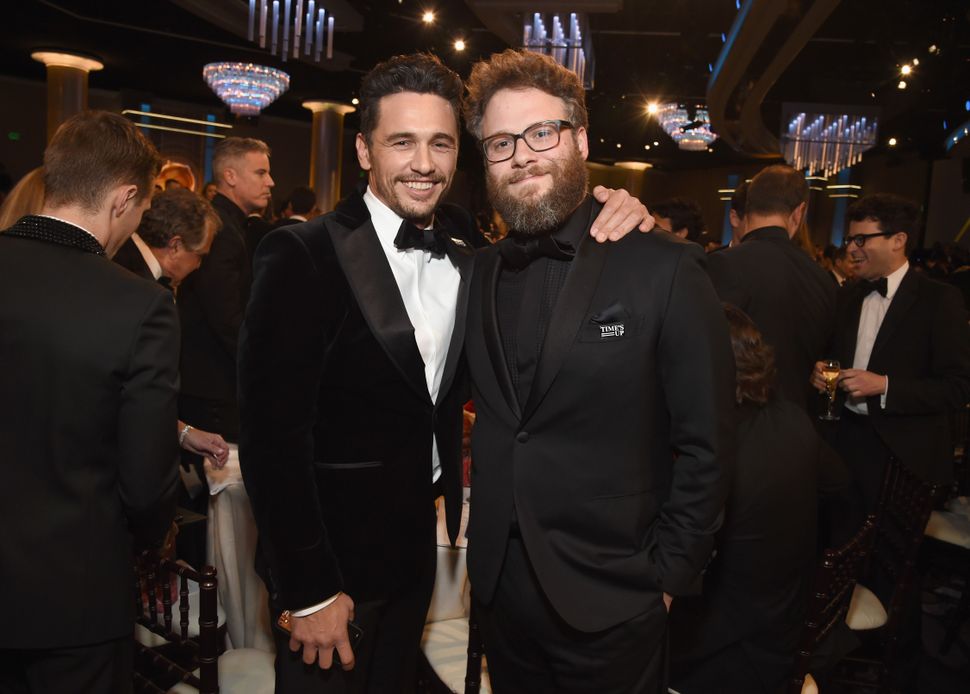 Seth Rogen broke his silence today about accusations against his longtime friend and collaborator, James Franco. Franco, who has worked with Rogen since they shared the screen in the 1999 cult TV show “Freaks and Geeks,” experienced a massive shift in public opinion when his name was implicated in the #MeToo movement’s uncovering of accused sexual predators, abusers, and harassers in January. In an interview with Vulture published on Monday, Rogen called himself, in reference to the Franco accusations, “the last person who should be talking about this.” When pressed, Rogen said that his desire to continue working with Franco hadn’t changed due to the accusations.

Rogen and Franco, who have famously partnered on movies like “The Interview” and “This Is The End” to major popular success, had just put out the Franco-directed “Disaster Artist” when the #MeToo and its sister #Time’sUp movement became popular. Initially, both the film and Franco were lauded. But when Franco wore a #Time’sUp pin to the 2018 Golden Globes (suggesting that “time is up” for men and other people who harass and assault women,) five women came forward with accusations against Franco. Evidence also resurfaced of an attempt on Franco’s part to have a sexual interaction with a 17 year-old in 2014 (the event took place in New York state, where 17 is the age of consent.) Franco went on “The Late Show With Stephen Colbert,” taking a mollifying tone — he denied the accusations but said, “If I’ve done something wrong, I’ll fix it — I have to.” Franco’s lawyer also denied the accusations.

With a mix of self-awareness and clever evasion, Rogen managed to avoid weighing in on both Franco’s guilt and the #MeToo movement. “The truth is that my perspective on this is the least relevant perspective,” he told Vulture about the case against Franco. “I’m friends with these people and I’m a dude. All that combined makes me the last person who should be talking about this.” Rogen, referencing his most recent movie, the truly funny and feminist-forward “Blockers,” added, “There are so many people with real things to contribute to the #MeToo discussion that anything I say is not going to add anything useful.”

Earlier in the interview, Rogen mentioned his mother, the hysterical Sandy Rogen, who has carved out a niche on Twitter. She “expressed dismay,” apparently, over a genital and drug-based joke Rogen will be showcasing on an upcoming Netflix special. One wonders what Mrs. Rogen would say about her son’s belief that his role in the #MeToo movement is to stay quiet, stand on the side, and make millions of dollars by selling tickets to movies.