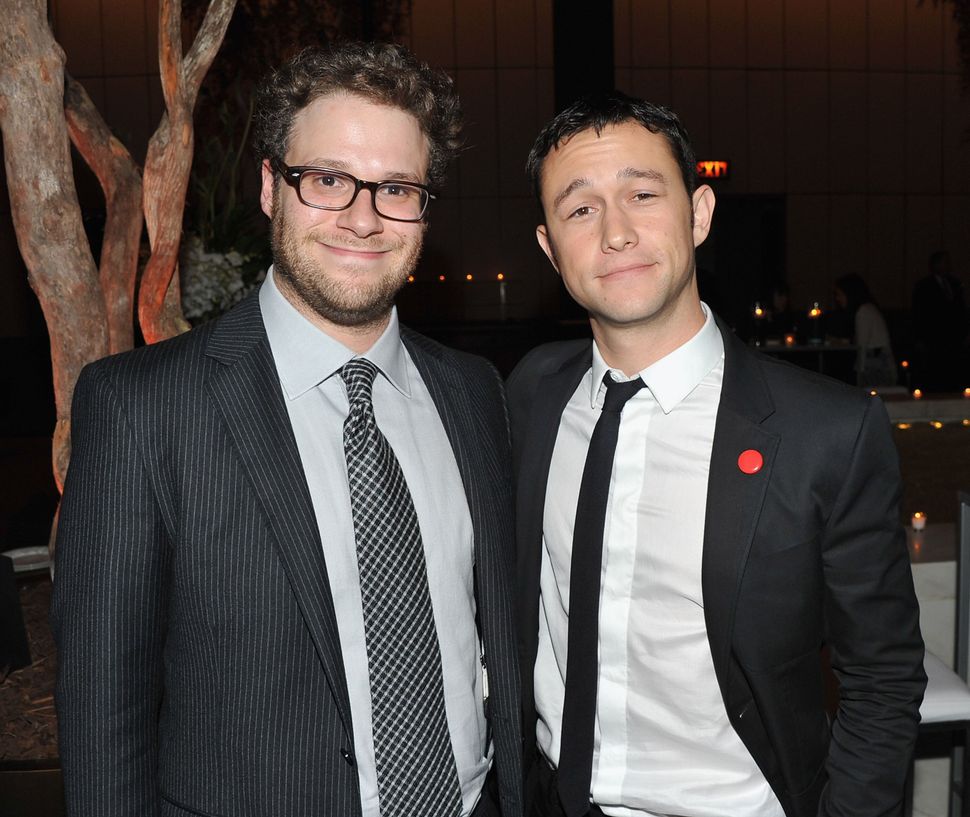 “Mr. Rogen 4-2-0,” Joseph Gordon-Levitt chanted on TBS’ rap battle show, “is a broken Bernie Bro.” Gordon-Levitt and Rogen, co-stars in the cancer comedy “50/50” back in 2011, faced off in what will set the standard for the most Jewish episode of “Drop the Mic” episode until Tzipi Livni goes up against Marvin Hier.

But Gordon-Levitt, though he depended far too much on outdated and pathetic jokes about Rogen’s weight, was the truly superior rapper. He rightly mocked Rogen’s close relationship with the actor James Franco and and lauded Rogen’s work for Alzheimer’s research, then added, “It’s ironic, though ‘cuz you’re so forgettable.” In an impeccably on-brand Wu Tang Clan sweater, Gordon-Levitt announced, “That guy from ‘Knocked Up’ just got knocked f**k down.”

Do I even have to tell you that Gordon-Levitt won?