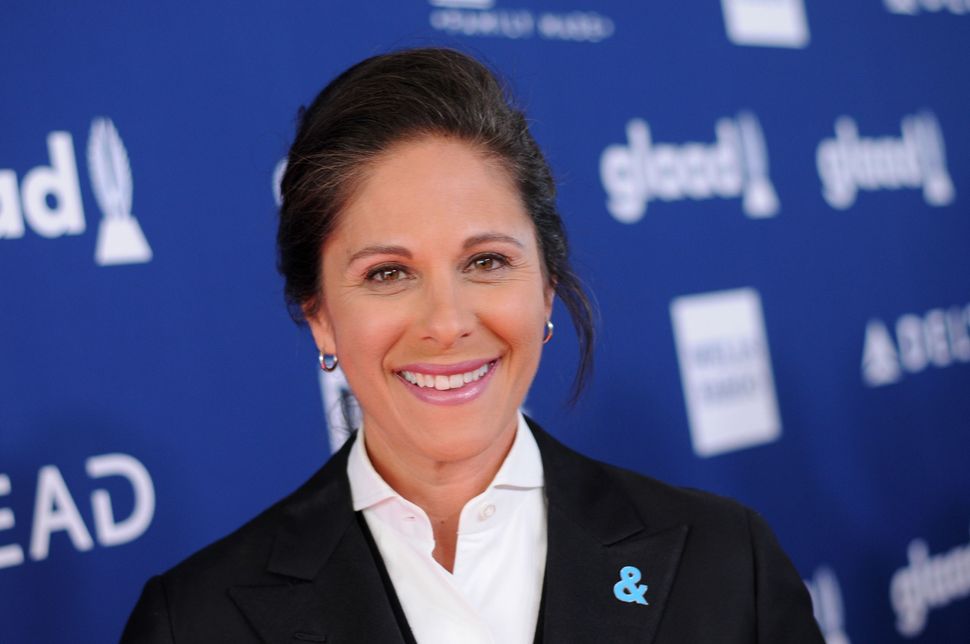 Dana Goldberg, the Jewish comedian and LGBT activist, had me at hello.

Actually, she didn’t say “hello” because she was making a 60 second video for Advocate debunking lesbian sex myths, but she did have me at, “scissoring is a thing.”

Goldberg has been making videos for the Advocate for years, but as she rises to greater prominence as a voice of reason in dark, un-funny times, let’s revisit her excellent shorts on lesbian dating myths, Jared Kushner, and life with internet trolls.

The comedian, who has the distinction of having been blocked by President Trump on Twitter, dropped knowledge in her lesbian sex-myth video about Jillian Michaels, sex positions, and orgasms. Lesbians, she points out, have sex for an hour on average. Straight couples? A measly fifteen minutes.

And a few choice words from Goldberg set aside the idea that lesbian couples have assigned, static sex positions: “I think as we get older, like, tops and bottoms go out the window,” Goldberg says. “Whoever has less injuries — that’s who’s on top.”

Learn a little something, right here.

Alex Jones said that lesbians are torturing women and eating their brains.