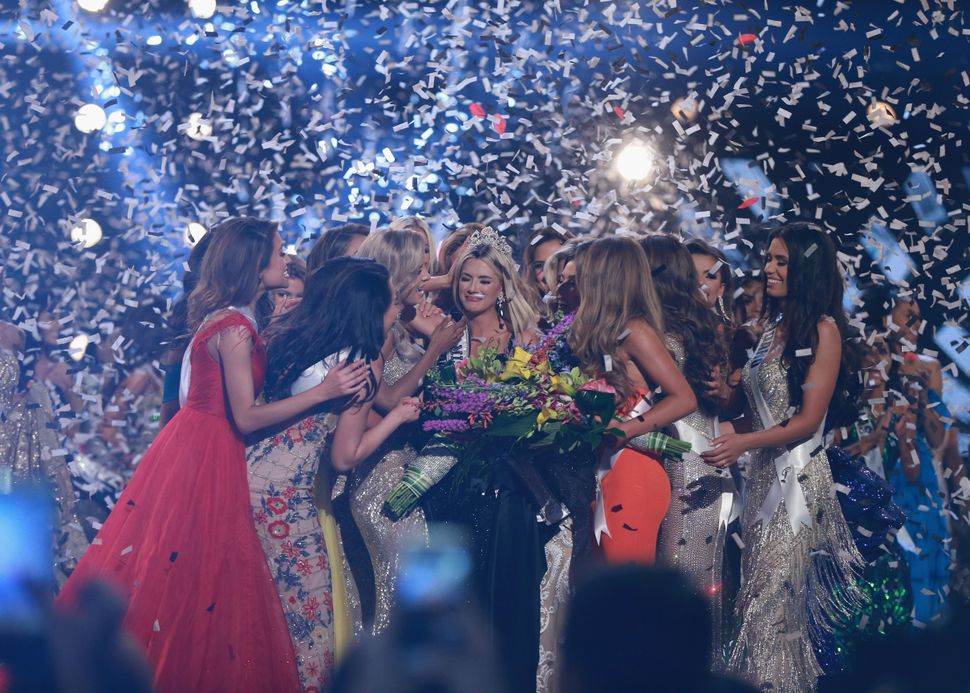 “Sophie’s Choice” is, famously, the story of a woman during the Holocaust being forced to choose which of her children will die in a concentration camp. Readers may notice some subtle, but crucial, differences between that situation and picking a Miss USA finalist.

According to People, viewers were upset by the casual reference to a profoundly traumatic decision on Monday night’s show. The website posted the text from a tweet saying, “Eeeeek: Carson Kressley on #MissUSA pageant looks at the Top 15 and says ‘It’s a Sophie’s Choice!’ Someone never read the book or saw the movie.”

Carson Kressley is not the first person to misuse the phrase “Sophie’s Choice,” but his insensitive and ignorant quote is one of the more visible misuses. Let’s hope, by now Kressley has looked up the plot of “Sophie’s Choice” on Wikipedia and rethought his comparison.

Maybe, though, trying to fix the rhetoric of Miss USA in the era of #MeToo is already like trying to put lipstick on a pig.

Just in case, though, a non-offensive phrase you can use to describe a difficult choice that does not end in brutal state-sponsored genocide, comes from “Madison Chooses,” on Comedy Central’s “Kroll Show.” The sketch parodies WB-era romantic dramas and the specific but universally relatable topic of college meal plans.

How about using “Madison’s Choice” in future, Carson?