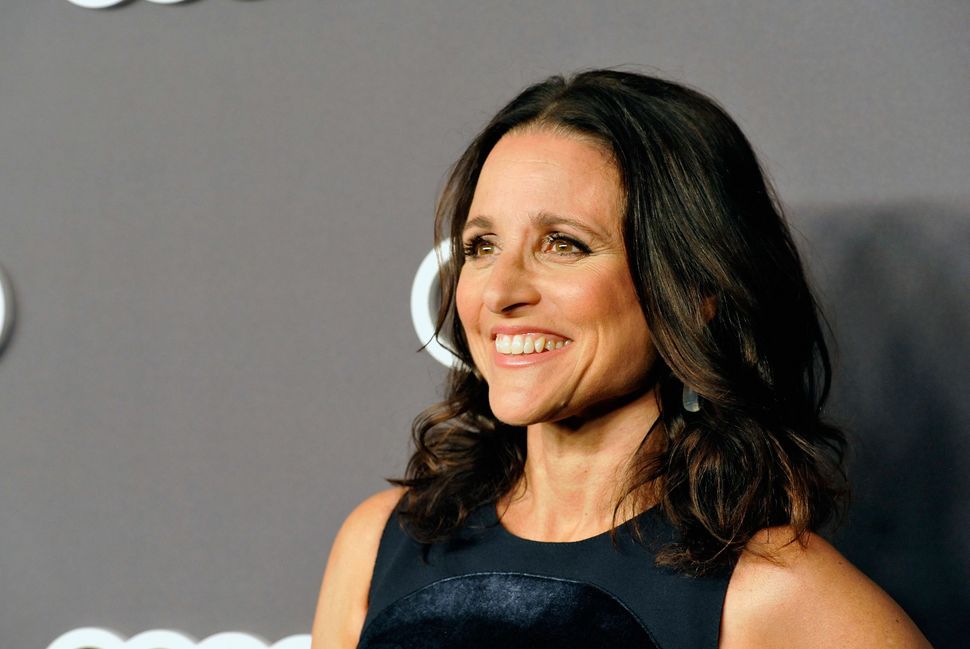 Reassuringly, she has now won it.

Today the Kennedy Center announced that Julia Louis-Dreyfus will receive the 21st annual Mark Twain Prize for American Humor. The prize is awarded to “people who have had an impact on American society in ways similar to the distinguished 19th century novelist and essayist best known as Mark Twain.” Mark Twain, famous for being quoted — and misquoted — also wrote a number of humorous novels and essays.

Julia Louis-Dreyfus comes from a famous Jewish family, but found her place in comedy Talmud for her nine years as Elaine on “Seinfeld.” In secular politics, though, she is best known for her role as Selina Meyer on HBO’s “Veep.”

In an official statement, Louis-Dreyfus said “Merely to join the list of distinguished recipients of this award would be honor enough, but, as a student of both American history and literature, the fact that Mr. Twain himself will be presenting the award to me in person is particularly gratifying.” She will receive the award on Sunday, October 21, 2018.

Julia Louis-Dreyfus has been winning a lot lately: her awards and nominations are so extensive they have their own wikipedia page, and include her Best Actress Emmy for all six seasons of Veep.

If anyone deserves it, it’s Julia Louis-Dreyfus. She’s hilarious:

And, unlike her “Veep” character, she delivers a pretty incredible heartfelt speech. At the 2017 SAG awards she delivered a powerful message on immigration and spoke about how her Jewish father escaped Nazi-occupied France.

Lisa Yelsey is the Schmooze intern. You can find her on Instagram @Lisa.H.Y