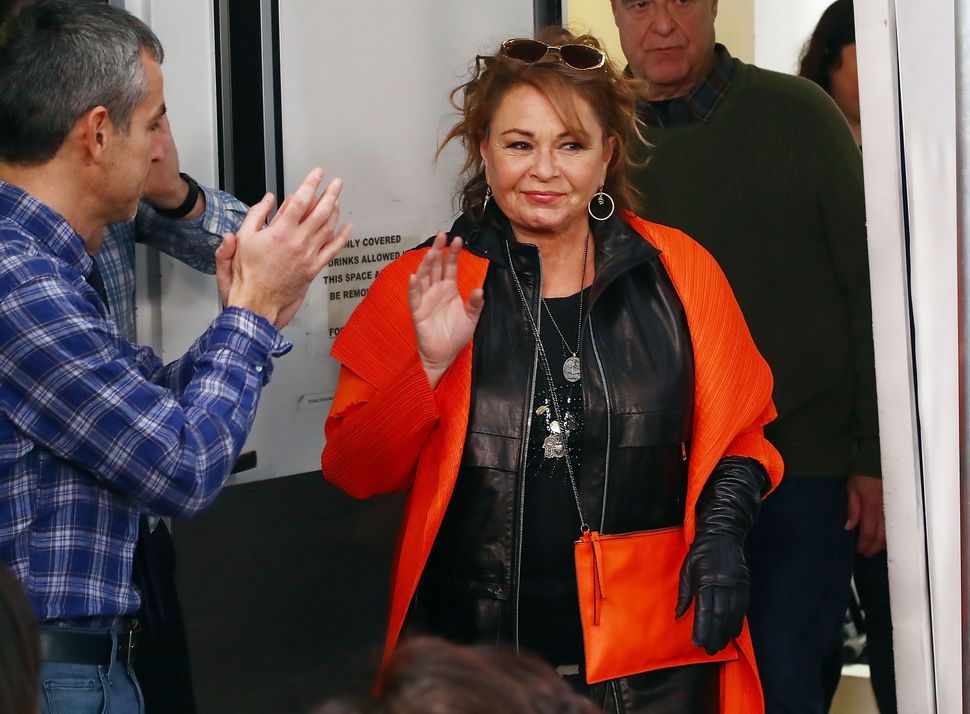 See ya, wouldn’t wanna be ya. Image by Getty Images

Roseanne Barr has succeeded against all odds. Wowing an American populace who once doubted her, she has confirmed her ability to be wildly racist and Islamophobic in a single tweet. In a comment on Twitter which has since been deleted, the actress described former Obama aide Valerie Jarrett, saying, “muslim brotherhood & planet of the apes had a baby=vj.” The re-boot of her show “Roseanne” was canceled by ABC just hours later.

Jarrett is likely receiving a nonsensical accusation of religious terrorism because she was born in Iran. Barr’s comparison of Jarrett’s appearance to an ape, which she called “a joke,” has tremendous historic weight as a racial epithet. Since the show’s cancellation, the actress has also been dropped by her talent agency, ICM, and both groups have put out statements condemning the star’s words. “Roseanne” was a hit. But not enough of a hit to make up for calling a prominent black woman a monkey-terrorist.

When did the Barr get so low?

(Roseanne pictured in a photoshoot in 2009.)

The reboot of “Roseanne” drew in major ratings and had been renewed for a second season before being canceled by ABC just hours after the erratic actress’ tweet. But Barr has been an enthusiastic and public racist for a while now. Just hours before her Jarrett tweet, Barr accused George Soros of selling fellow-Jews to the Nazis.

Jenny Singer is a writer for the Forward. Reach her singer@forward.com