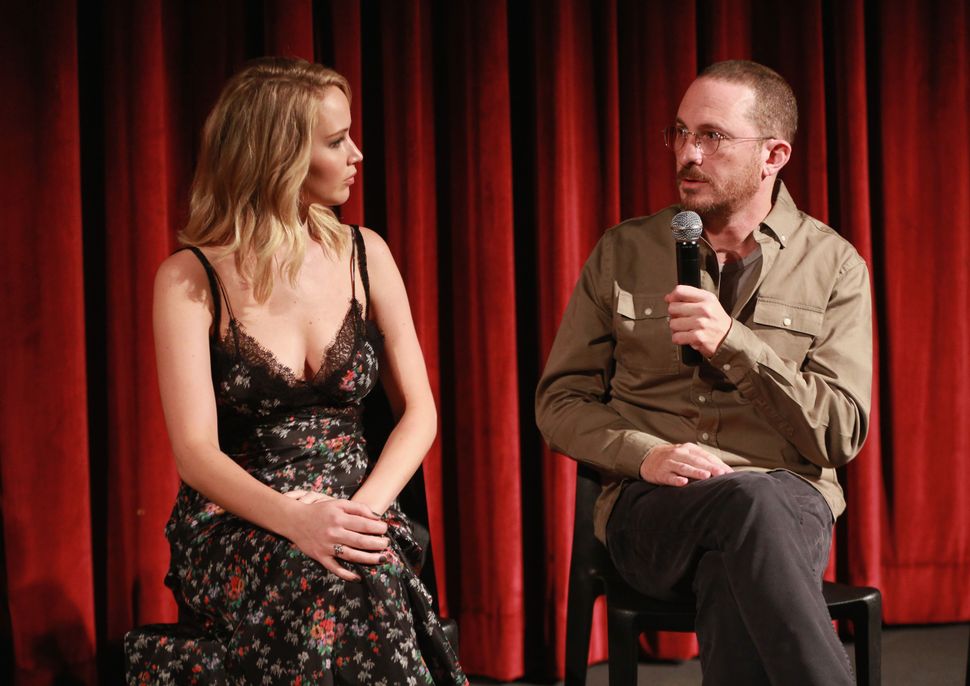 The once happy couple. Image by Getty

“I’m friends with ALL my exes,” some people like to brag. Looks like Jennifer Lawrence is one of those people.

While presenting an award to her former lover, notably downgrading him from sweetheart to “very good friend,” Lawrence was calm, cool and collected. In short, she was nothing like you ducking from an ex-boyfriend at Whole Foods because you weren’t ready to see him yet and had to hide in the fruit section until you were sure he was gone.

“I’m thrilled to be here tonight to present this honor to my very good friend, Darren Aronofsky,” Lawrence told the crowd.

An eyewitness told Entertainment Tonight that Lawrence seemed in “great spirits” while introducing her old paramour.

Mother!, otherwise known as the movie in which Aronofsky directed Lawrence, was panned by critics. Nonetheless, Lawrence told Vanity Fair in an interview that “when you strip the romance away, we still have immense respect for each other… I think we’ll work together again.”

Cool cool cool. Jennifer Lawrence is a better woman than I.

Shira Feder is an international woman of mystery. She’s occasionally reachable at feder@forward.com