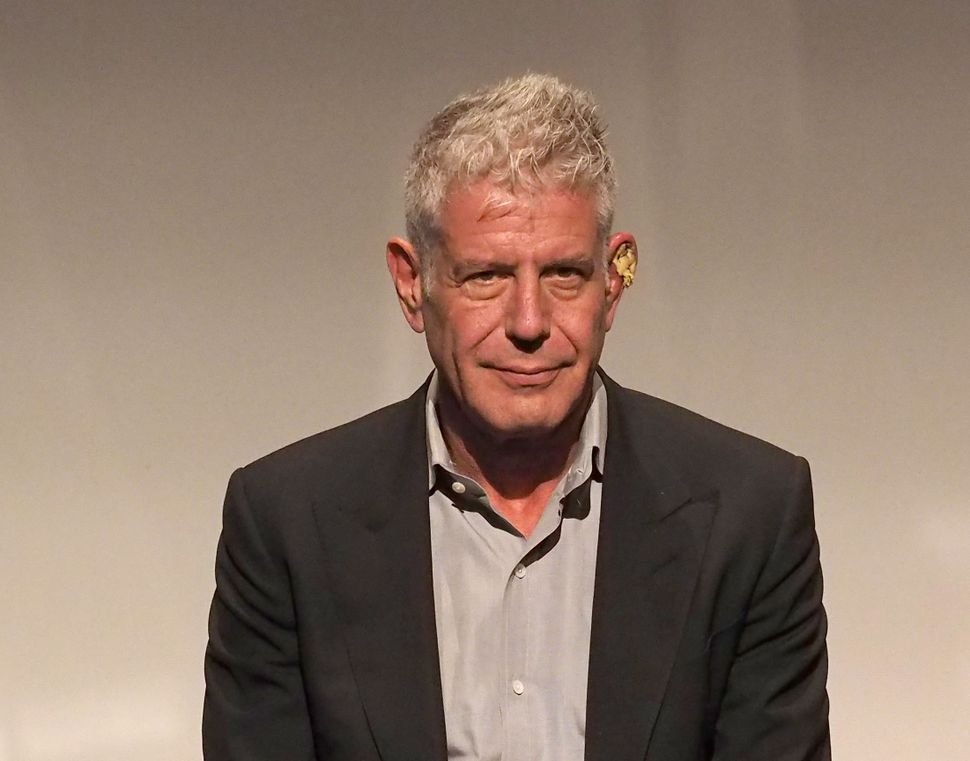 The staff at Barney Greengrass, a historic Jewish deli on Manhattan’s Upper West Side, honored chef Anthony Bourdain by serving his regular breakfast order today, at an empty table with a single chair.

Bourdain died on Friday at 61 years-old, having lived an outsized life that seemed to value respect and curiosity above all else. Staff at Barney Greengrass told Van Tieu, the CNN NY1 reporter who discovered the tribute and posted the image to social media, that Bourdain’s “humble humor is greatly missed at the deli counter.”

Bourdain devoted an episode of his TV show “A Cook’s Tour” to New York City in 2002 in his signature style (New York City “sometimes sucks” he reflected.) “Whenever I want to treat myself to the best breakfast in New York — in fact, the best breakfast in the universe,” Bourdain said, “I go to a place in my neighborhood famed for just that: the legendary Barney Greengrass.”

Bourdain spoke in the clip, as he always did, about the history of the food — Jewish immigrants, he said, brought deli food to New York City. “Like everything else in this city, the food and culture that once belonged to them now belongs to everyone,” he said, digging into his meal.