Meghan Markle’s Ex-Husband Is Engaged…But Is She Jewish? 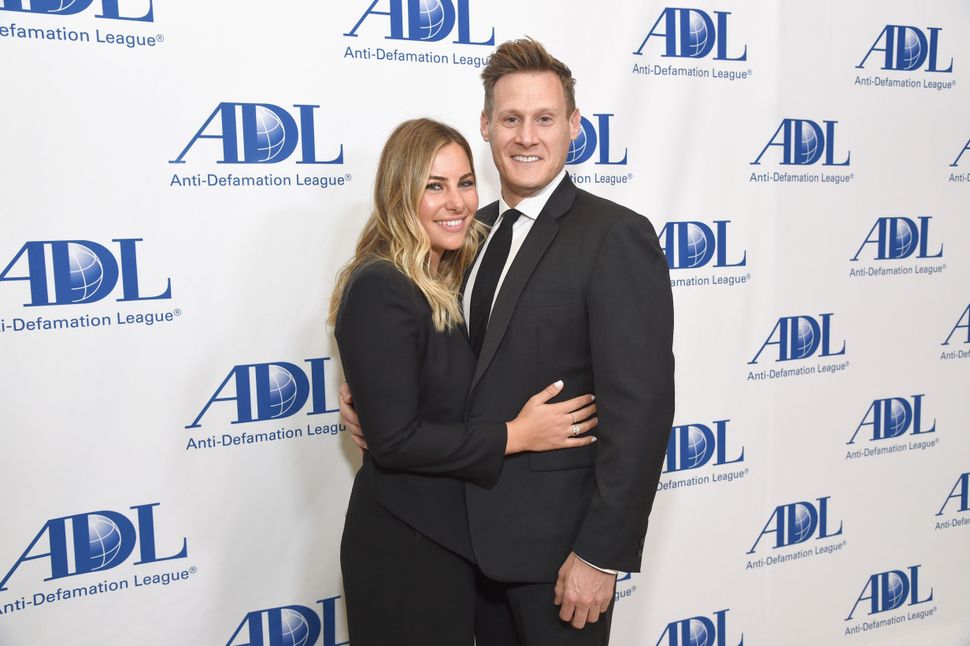 The affianced: Kurland and Engelson. Image by Getty Images

It was when we found ourselves entering random phrases into the Instagram search bar, trying to guess Meghan Markle’s ex-husband’s fiancée’s sister’s wedding hashtag, that we knew we had gone too far.

It is with great humility and profound respect for our readers that the Schmooze yentas must announce: We do not know if Trevor Engelson’s fiancée is Jewish.

Reader, you will recall that just over a year ago the Schmooze published a piece speculating that an accomplished young woman named Meghan who had been romantically linked to British royal Prince Harry could possibly be Jewish. When it was revealed that the actress, Meghan Markle, was not Jewish, the article was amended. For this piece of journalism, which suggested that the future-duchess should be renamed “Kitniyot Markle,” the Schmooze has been haunted. “You navel-gazing, Jew-obsessed, nitwits!” our fans bleated, with good reason (we paraphrase.) “NOT EVERYONE IS JEWISH.”

We know. We know! Literally billions of people are not Jewish. And that’s fine! It’s just that…we think…Well, we think Trevor Engelson’s fiancée Tracey Kurland might be Jewish.

Let’s go over what we know:

1.The handsome, affable Engelson is an enthusiastic Jew. 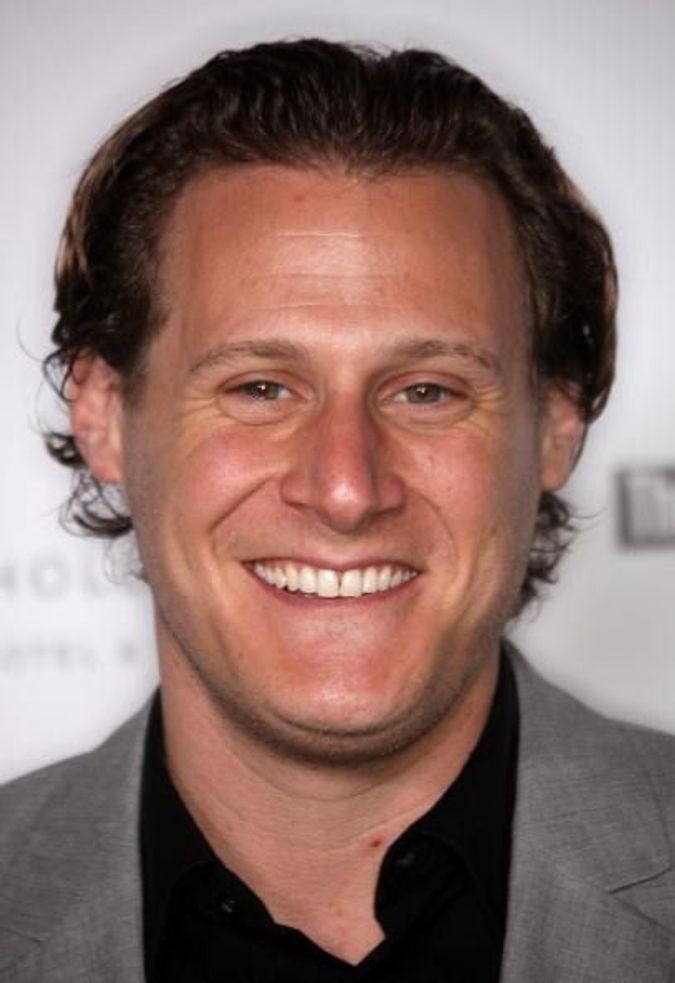 Yay! Engelson has a huge face and a huge-er heart. We “stan” for him, as the kids say. We stan for practically any Jew who isn’t responsible for arson, but we particularly stan Engelson. He appears to be a sweetly fratty golden retriever-type man who loves to party and is drawn to smart, thoughtful women. We went pretty deep into his Facebook and noticed that every time a client of his gets a job he wishes them “mazal” and also, frequently, “good times!” He just seems so affable. Approximately 99% of his clients are Jewish.

2.Engelson and Markle had a fine affair, but now it’s over 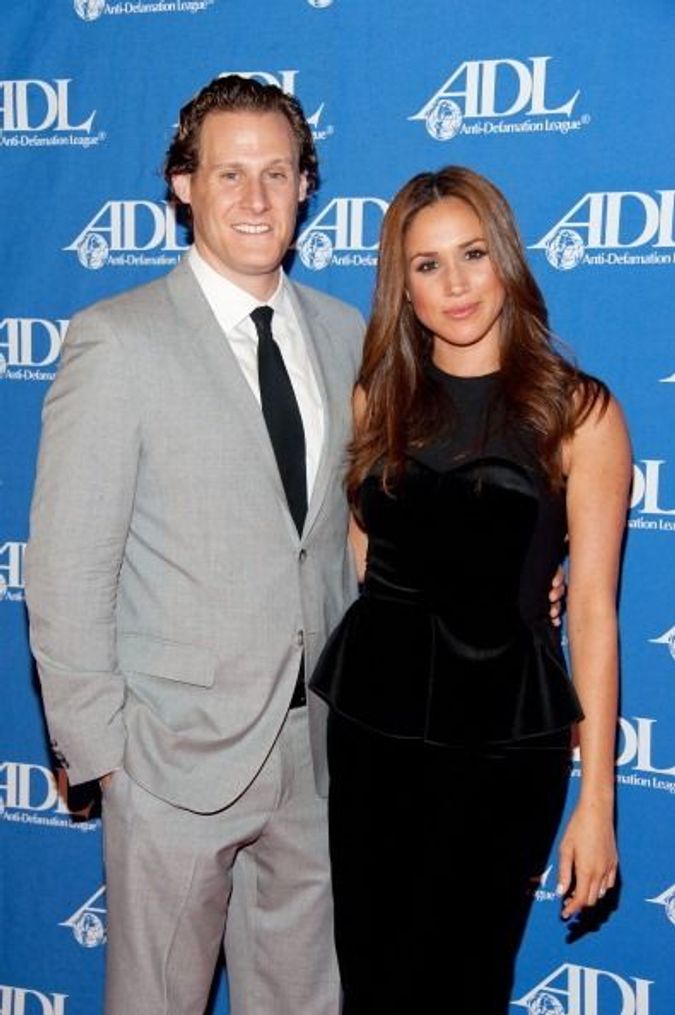 The exes at the ADL, as promised. Image by Getty Images

That there was a reference to a song from the seminal musical “Cabaret,” for your trouble. Markle and Engelson started dating in 2004 and married in 2011 at a multi-day beach celebration that involved a traditional Jewish chair dance as well as relay races. The couple separated two years later, purportedly due to the strain of a bi-coastal relationship — Markle was filming her TV show “Suits” on the East Coast, while Engelson was working in film in the West.

This would all be in the rearview mirror of the ole Rolls-Royce Phantom IV, except Engelson is now in talks to create a show based on what would have happened if he and Markle shared custody over children who were ferried back and forth between Los Angeles and Kensington Palace.

3.Tracey Kurland and Engelson have been dating publicly since September 2017 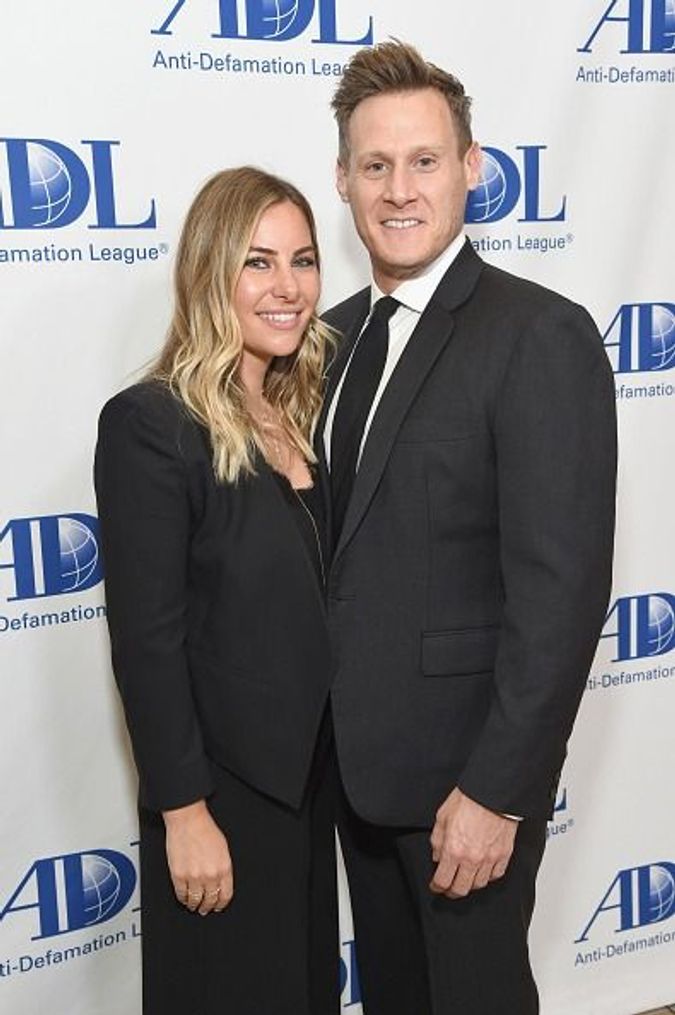 ADL or heyyyyy DL, am I right? Kurland and Engelson. Image by Getty Images

What does one do when one’s ex marries royalty and becomes a beloved global figure? After, presumably, screaming himself to sleep for some time, Engelson went and got himself a “Baywatch” actress to date. Then he followed that up with Kurland, a registered dietitian who works at an eating disorder treatment center. It’s a real when-they-go-high-we-go-even-higher power move — sure Meghan Markle married a prince, but he’s technically an unemployed trust fund kid. Engelson’s fiancée spends her days bringing sufferers of the psychological disorder with the highest mortality rate back from the brink of death. Kurland holds a Master’s in nutritional education from Columbia University Teacher’s College. She specializes in working with patients on body image issues and rails against faux-healthy lifestyles and unhealthy diet trends.

Kurland, who appears to be highly accomplished and an angel, is one of three sisters. One of those sisters, Lauren Kurland Diamond, was married in 2013 in a Jewish wedding near Calabasas. The other sister, Ashley Kurland Rubinstein, is also married to a Jewish person and works for the Kurland Agency, founded by her relative Ted Kurland, who went to Brandeis. (I’m telling you, we’re so close to proof here!) The name Kurland is often a Jewish name (see: the South African footballer Cys Kurland, wrestler Abraham Kurland.)It’s a toponymic name, which means it refers to an area — according to the Beit Hatfutsot database, the name “Kurland” is a German/Yiddish name associated with parts of Latvia.

But we can’t prove it.

Meghan Markle’s Ex-Husband Is Engaged…But Is She Jewish?