What Will Karlie Kloss Wear To Her Engagement Party With Josh Kushner? 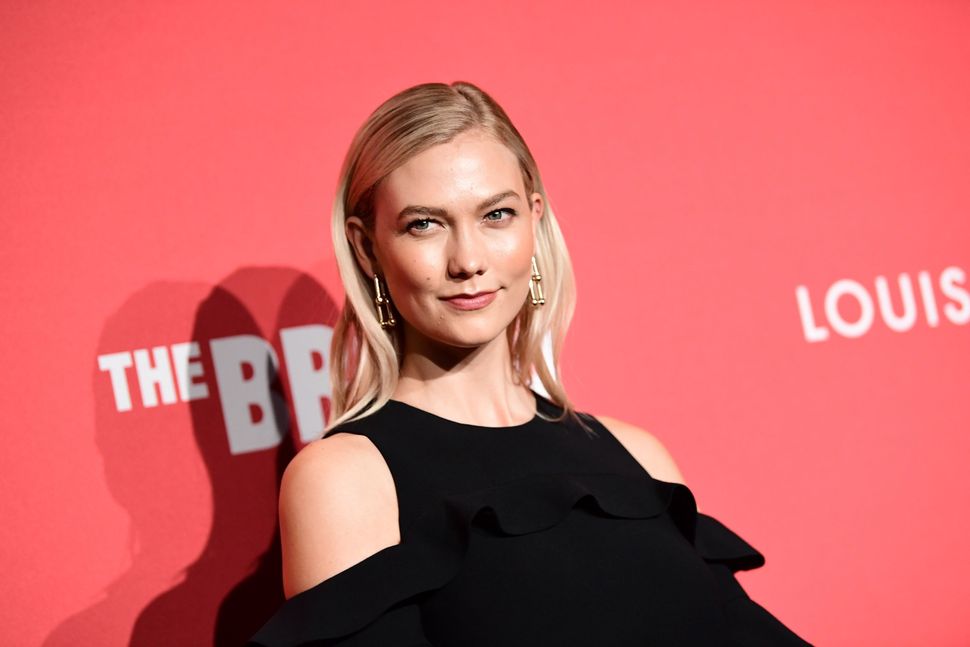 Karlie Kloss, fashion queen, and Josh Kushner, NYC finance guru/brother to the most powerful Jew in America, are reportedly this close to an engagement. Since Karlie is fashion royalty and a soon-to-be-member of the tribe, we have one question: what will she wear to her engagement party?

Well, there are a few options, but at the top of the list is Brandon Maxwell. Maxwell’s aesthetic is precisely tailored, luxuriously minimalist, with an urban sensibility. Karlie is, apparently, Maxwell’s muse, and she tends to wear Maxwell for all her super formal events, like the Met Gala.

Thank you @brandonmaxwell from the bottom of my heart. What an honor to be your muse, your friend and your date tonight at #metheavenlybodies xoxoxoxoxo

At this year’s Met Gala, she wore a subtly dramatic cut-out black gown with a deep v-neck at the back. It was remarkably similar to the one she wore to the 2016 Gala — a white gown that also had cutouts, topped with a structured overcoat.

Of course, she could go with another designer friend, Jason Wu. Wu, also a favorite of former First Lady Michelle Obama, designs feminine clothes with a distinctly modern edge. Kloss wore a custom-made piece by Wu to the CFDA Awards a couple of weeks ago, and attended as Wu’s date.

Celebrating one of the biggest nights in fashion with my date @jasonwu. This gown is months in the making and I LOVE it ? @CFDA #cfdaawards

The spaghetti strap gown evoked the late 90s minimalism which Karlie seems to favor of late, and the virginal white hue makes us wonder: did she have wedding on the brain when she worked with Wu on the design, which was “months in the making?” Will she re-wear this gorgeous piece to what’s sure to be the IT engagement party of the New York City social calendar? TBD.

But maybe Kloss will go daring, different. She’s been a Victoria’s Secret semi-Angel on-and-off over the years; why not wear an elaborate, showgirl-esque bra ensemble, like the one she wore at the 2017 Victoria’s Secret Fashion Show in Shanghai?

Of course, that might be too risqué for the Kushner family’s liking. So perhaps she’ll opt for something more casual, more in line with her cool girl, Code With Klossy vibe. She works out, like, all the time and is an ambassador for Adidas, so maybe she’ll buck tradition and celebrate with a casual friend-hang at her place, wearing a T-shirt and leggings courtesy of Adidas. Obviously, it’s a stretch (see what we did there?), but it’s not impossible.

But let’s get real: she’ll most likely want to wear a proper party dress that hews toward minimalism. So she may pick Calvin Klein, the father of sleek New York chic. Klein is the first show she ever walked the runway for back in 2007 when she first started modeling, which makes this choice both sentimental and vaguely poetic.

It’s hard to believe that 10 years ago this week, I came to NYC for my very first NYFW. After that 20 minute runway show, my life changed. I couldn’t have fathomed the next 10 years of adventures that were to come, it has far exceeded my wildest dreams. I am eternally grateful to @calvinklein for giving me my first chance, I will never forget it. Thank you from the bottom of my heart to everyone that has been part of this wild ride. #TBT ❤️???

We’ll be refreshing her Instagram page every five minutes.

What Will Karlie Kloss Wear To Her Engagement Party With Josh Kushner?