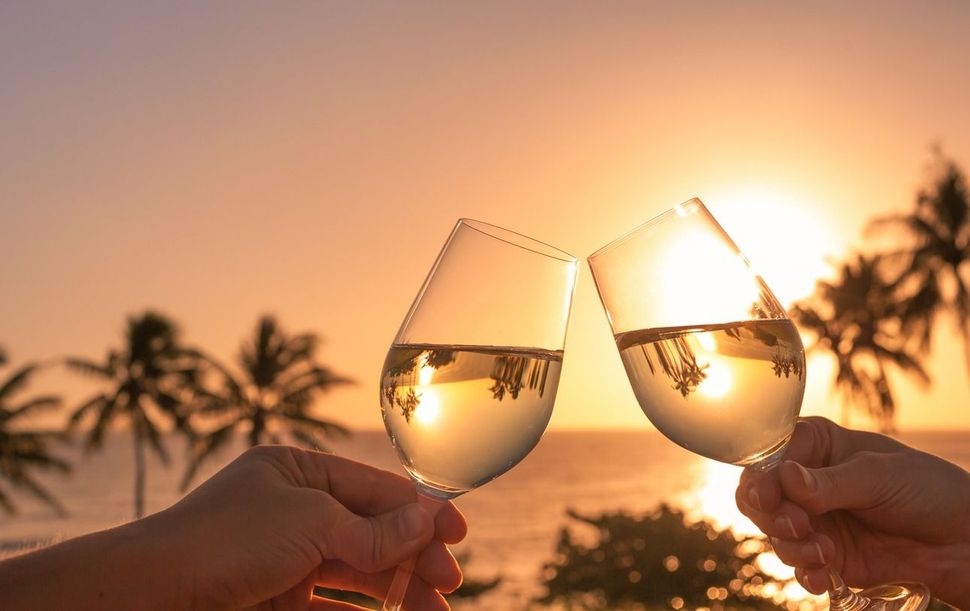 Please gather around, because we have an important announcement to make: we are throwing our support behind David Ravitz (aka “The Chicken”) as the winner of “The Bachelorette.”

David, first of all, is your quintessential nice Jewish boy. His dad has served as the president of his home temple in New Jersey, and sits on the board of the Jewish Federation of New Jersey. And David himself has said he enjoys spending time with his family at their beach house; his Instagram is full of sweet family photos. He’s clearly part of a nice, tight knit Jewish family.

But David is more than just your nice Jewish boy, although we want the best for Becca and think that she would get all of the food/attention/love that she deserves if she joins a Jewish family. He has our support for several reasons.

1. He Has A Great Sense Of Humor

He dressed up as a chicken for night one. A CHICKEN. And he, like, weirdly pulled it off? Was it a clever Purim tribute? A chicken suit he still had from a youth group retreat? Regardless, David charmed and clucked the socks off Becca with this bold move. Ten points to chicken.

In important sports news, here’s former Patriots tight end Clay Harbor sitting next to a guy in a chicken suit on The Bachelorette. pic.twitter.com/oik8LRHOSr

David is a venture capitalist who runs a private equity firm, which is why he can afford to take off for three months to film “The Bachelorette.” But, as evidenced by his chicken appearance, David is very humble and easygoing about his successes.

David loves to poke fun at Jordan the male model, perhaps the most ridiculous contestant to grace “The Bachelorette” with his presence, and thank goodness he did. David not only gave Becca the scoop on Jordan’s 4,000 Tinder matches, but he also made Jordan sputter the word “professionality.” Which, frankly, is the gift that keeps on giving.

4. He Got Hospitalized For Falling Off A Bunk Bed

Don’t worry — David is totally fine. Last week, a very dramatic scene of David being rushed to the hospital culminated in the revelation that he had fallen off his top bunk. He returned a little roughed up, but still game to continue with the “journey.” Also, he admitted it was pretty funny to fall off a bunk bed; he even threw in a humblebrag last week about how he was used to his king bed at home. And he’s really making the broken nose work for him!

Anyways, this is all to say that we are #TeamDavid, because he seems great and he’s also not racist or transphobic, or a sex offender who believes the Earth is flat. Yes ladies, the bar is really that low. But even if David doesn’t win it all, we’re sure he’ll rustle some feathers on “Bachelor in Paradise.”