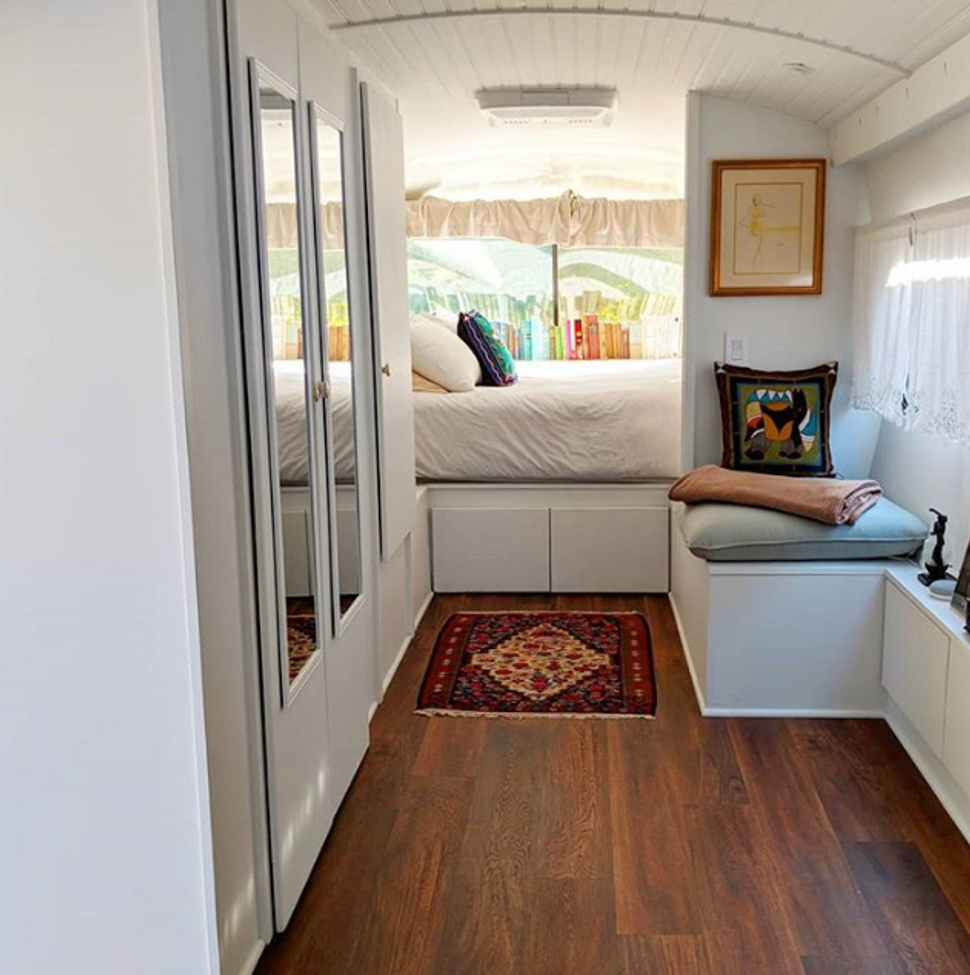 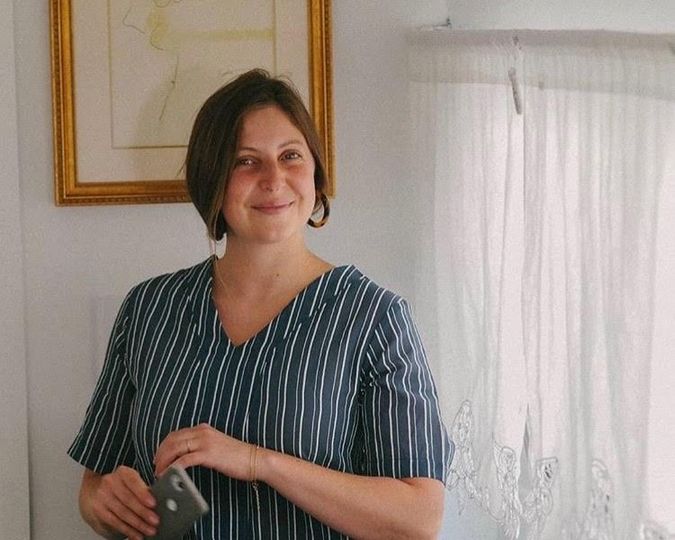 “The first film that I watched on the bus was “Fiddler on the Roof”,” Jessie Lipskin reveals.

Pictures of the 30-year-old financier’s home went viral when she decided to downsize her living space by moving into a former commuter Greyhound bus (that still runs. She’s been living in her chic new home in Asbury, New Jersey for 6 months.

“I was really interested in sustainable living about five years ago. I watched documentaries about it, and read books about it. I felt it was important to give back and help the environment as much as possible,” she explains.

So, why choose to live in a tiny home?

“I was craving this lifestyle. I’m not just working to pay for my apartment and live in the city. I’m enjoying more of the natural sort of life. And tiny homes really appealed to me.”

When I asked her if her way of living conflicts with her work as a corporate project manager, she says: “I’m able to continue my projects and the work that I’m working on just like anyone else and enjoy my free time more in natural places.”

The native New Yorker who attended Hebrew school as well as New York’s Central Synagogue, had a lot to say about how her Jewish upbringing and how it paired with living in an eco-friendly living space: “I have my Seder platter on my bus, so those were handed down to me. I definitely wanted a big kitchen space and to host Shabbat dinners. I don’t think having a smaller space conflicts with that, I feel if anything I want people to come and experience a tiny home and enjoy a Jewish lifestyle in it.”

She attributes her strong Jewish roots to her time spent on University of Binghamton’s campus, as well as on Birthright and a study abroad program in South Africa. “I love to cook and teach people about Jewish life,” she says.

You’re probably wondering: What are her thoughts on managing a 40-foot cramped living quarters?

“Having a tiny lifestyle forces you to be very organized. And when you have a small space, it forces you to go outside and do more.”

If this minimalist sanctuary appeals to you, then you’re in luck. Sipskin is now selling her home on craigslist. Race you there!