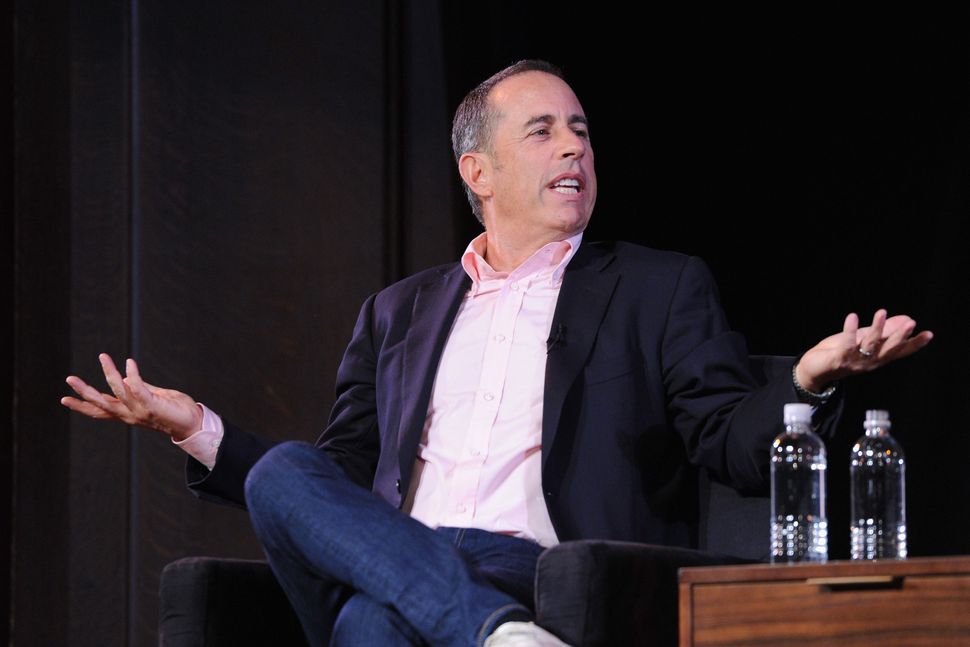 Jerry Seinfeld, in (kind of) defense of women. Image by Getty Images

For someone whose comedy heyday was around the time of my 3rd birthday, Jerry Seinfeld likes it to be known that he respects comedy above all else. The standup star has always made it clear that comedy comes before activism for him, even as newcomers continue to blend the two seamlessly.

But speaking to Entertainment Tonight about the firing of Roseanne Barr from the reboot of her show due to her public and egregious racism, Seinfeld hit on something almost like feminism. In the name of comedy, of course.

“I think they should get another Roseanne,” he said, lamenting that the star-vehicle is being rebooted as “The Connors,” a show about the “Roseanne” character’s family, instead of Roseanne herself. “They brought Dan Conner back, he was dead and they brought him back. So, why can’t we get another Roseanne?” he said. “There’s other funny women that could do that part. You need to get the comic in there. I hate to see a comic lose a job.”

The comic, who, like Barr, rose to fame with an eponymous sitcom, reflected that Barr’s sudden career implosion was something of a masterwork. “I never saw someone ruin their entire career with one button push,” he said. “That was fresh.”

Now, would it hurt the world famous borderline-billionaire to say one thing about how Barr’s actions were not just “fresh” but also despicable? It wouldn’t be funny, that’s true. But he could at least throw in a “yada yada yada.”