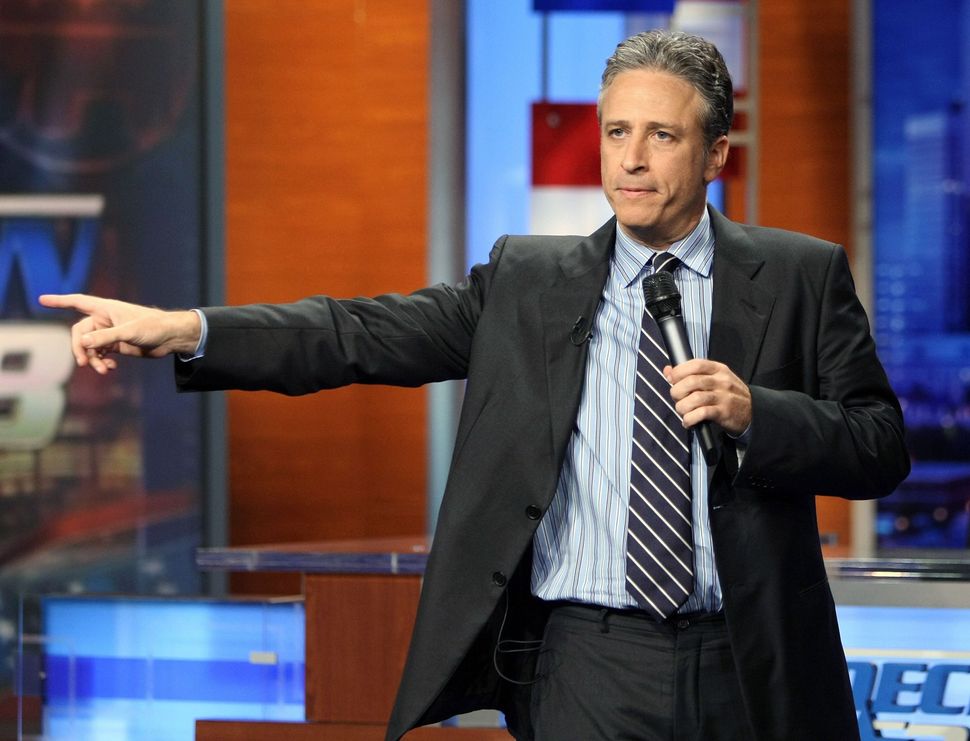 “Hello Donald, it’s me — the guy you made sure everyone knew was Jewish on twitter.”

In a segment on Stephen Colbert’s “The Late Show,” Jon Stewart emerged from under the news desk to deliver what began as a screed but became a patriotic soliloquy. Noting that Donald Trump’s presidency appears to be approaching its “500th year,” Stewart put a finger on precisely what makes Trump’s villainy so specifically irritating. Addressing Trump directly, he said, “No matter what you do it always comes with an extra layer of gleeful cruelty and d***ishness.”

Calling the president’s child-separation immigration policy “a Dickensian level of villainy,” Stewart declared, “I won’t allow you and your sycophants to turn your cruelty into virtue.”

With his characteristic moral righteousness and silver-fox sex-appeal, Stewart addressed the nation, invoking Lincoln (miraculously, this did not seem sanctimonious): “What Donald Trump wants is for us to stop calling his cruelty, and fear, and divisiveness wrong, and join him in calling it right,” said Stewart. “And this, we cannot do.”

Stewart, ever hopeful but realistic, finished with a word of warning, invoking this time not Lincoln, but Samantha Bee: “By not yielding, we will prevail. Unless of course the democratic leaders are committed to being a bunch of feckless…” The comedian trailed off, leaving us, as always, wanting but not necessarily deserving more.

Jenny Singer is the deputy life editor for the Forward. You can reach her at Singer@forward.com or on Twitter @jeanvaljenny