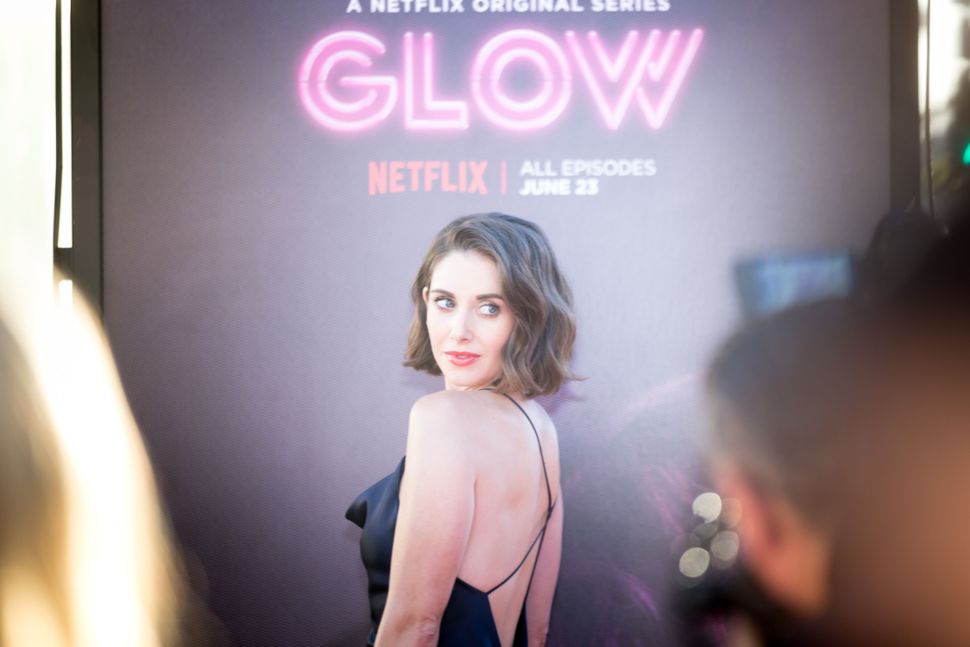 In an episode in the second season of “Glow,” the Netflix show about 80’s-era women’s wrestling, protagonist Ruth (played by the lovely Jewish Allison Brie) plans to meet a powerful male executive for a business meeting but is tricked by a network of his associates and trapped in his bedroom, where he tries to make her take a bath with him.

It should — from years of harassment and sexual misconduct by powerful men. This kind of behavior pre-dates October 2017. It predates #MeToo.

The episode, “Glow” writers and producers have clarified, was already halfway written when allegations against Harvey Weinstein were printed in the New York Times. Rachel Shukert, who wrote the harassment episode, told Vanity Fair, “It really happened independently of [the current #MeToo and Time’s Up movements], which I think speaks to how endemic this kind of thing is.” She explained, “All of us had either had a personal story that was similar or had heard it had happened to a friend of ours—an actress or another writer… . we are all women in the business, and have all been in situations that have suddenly sort of become sexual in a way that we didn’t foresee them becoming.”

Shukert and other “Glow” writers saw the episode as an opportunity for viewers to experience the harassment from Ruth’s perspective — how she is hopeful, but not naive; how she is trapped despite her impressive savvy; and how she is fated to be punished for being in the situation, regardless of her reaction. Shukert explained, “I wanted to show how you wind up being complicit in [in a way and] how messy it is and how gross it makes you feel and how it makes you question your judgment.” Taking audiences on that journey is painful, Shukert acknowledged. But hopefully, it will engender empathy.

Season 2 of “Glow,” starring Allison Brie, is now on Netflix.