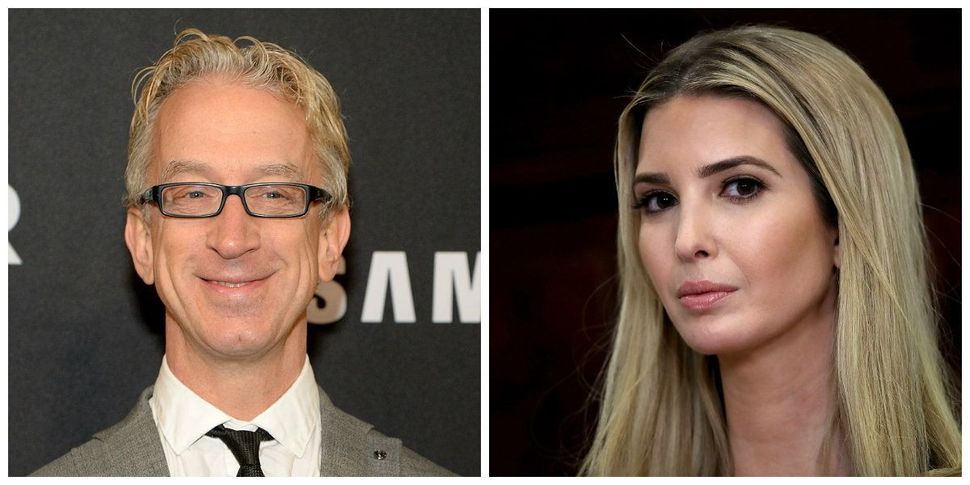 This video has resurfaced after the April incident in which Dick was charged with a sexual misdemeanor for allegedly groping a female stranger on the street in Los Angeles. Dick, who is not Jewish, by-the-by, is set for arraignment on July 18. In October 2017, The Hollywood Reporter wrote that several women told the publication that Dick had harassed them — groping them and kissing and licking them without consent on a movie set, and that Dick had been fired for similar behavior on another set. At the time, Dick acknowledged that he had made “romantic” advances on others, but said that these were examples of comedy and appropriate romantic behavior and not harassment.

In the “Kimmel” video footage, Trump is interrupted while speaking to Kimmel in front of the live audience by Dick’s hand in her hair. Dick then grabs her arm, grazes her upper thigh, and moves his hand down her leg and rubs her knee and thigh. Trump playfully smacks Dick, before seizing his hand and attempting to remove it from her leg, joking that she has a boyfriend. Kimmel jogs over to Dick, moving him away from Trump and joking “Donald Trump will kill both of us” as Trump attempts to redirect the conversation. Dick interrupts, swiping at Trump’s ponytail.

At the time, Extra reported that Kimmel said of the incident that when Trump came on stage, Dick “wanted a big, wet kiss. It was time for Andy to go, so I escorted him out by his feet.” People reports that both Kimmel and a security person dragged Dick off stage. “He always makes me a little uncomfortable,” Kimmel said of Dick. “You have no idea what he’s going to do next.”