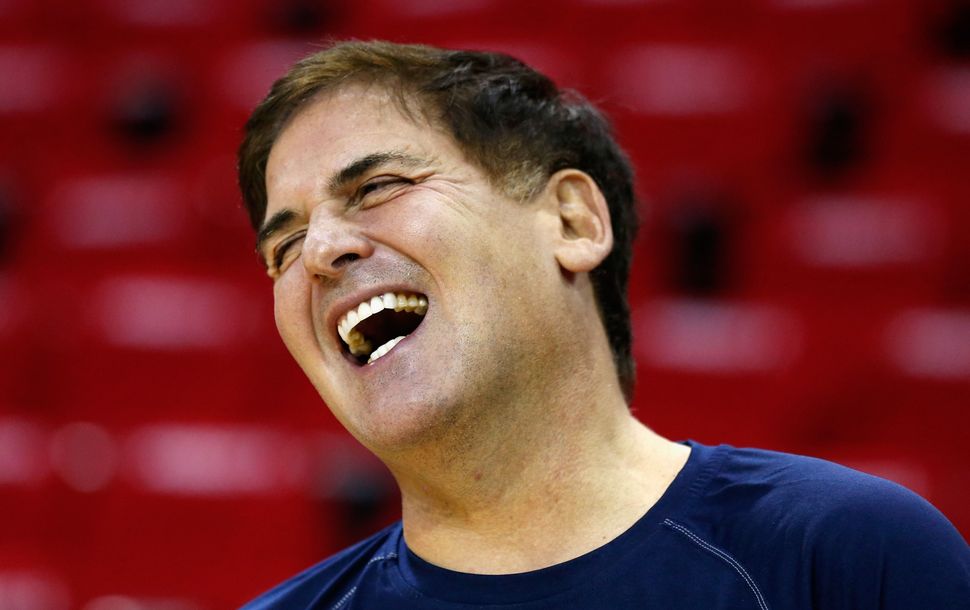 Mark Cuban, chiseled Jewish father, entrepreneur, and star of “Sharknado: 3” has swam with the fishes.

Say it three times fast: The sharks on ABC’s “Shark Tank” dove with sharks to raise funds for shark-related causes for Shark Week.

Cuban and his fellow “sharks,” the affectionate title given to investors on the hit reality entrepreneurship show “Shark Tank,” each selected a shark-related conservation group to team up with for a joint episode with the Discovery Channel, “Shark Tank Meets Shark Week.”

Cuban, as well as Barbara Corcoran, Daymond John and Kevin O’Leary, each partnered with an organization and will deliver a pitch on the special episode with the hopes of winning a $50,000 donation for their chosen cause. For Cuban’s pitch, with the non-profit Shark Allies, he consented to be lowered in a cage into the Galapagos Shark-infested waters off Oahu, Hawaii.

The lovable former disco dancer told People about his newfound passion for shark-conservation: “There are a million plus sharks that are hunted every year – for shark fin soup, or captured by a commercial fishing organization and thrown away,” he said. “It just makes no sense.”

Cuban fit right in with the sharks, he reported. “I got comfortable within two seconds,” he said. “I was just like, ‘Wow – I’m not nervous. They’re not intimidating.’ It was like, ‘Thanks for letting me in your space guys.’”

“The biggest misconception,” he said, “is that they’re inherently mean, aggressive, and man-eating but nothing could be further from the truth. This is their world.”

So there you have it. America’s potential first Jewish president is kind of a mensch, at least when it comes to sharks. It sounds like his time under water went swimmingly.