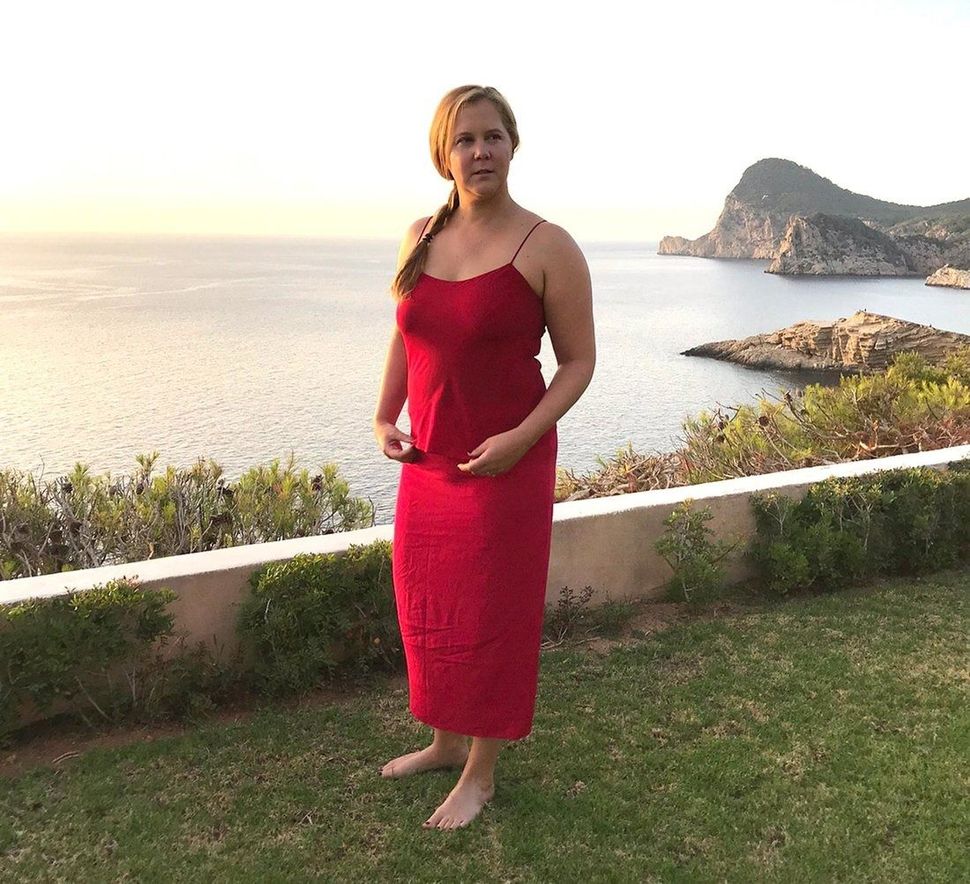 Much like giving up your seat for a lady on the train you falsely assume is pregnant, Amy Schumer’s Instagram followers were quick to claim she was sporting a “pregnant bump.”

@leesaevansstyle and i are cookin somethin Up

After the 37-year-old actress posted a picture of herself pointing at her stomach, viewers mistakenly thought she was onto a new chapter in her life after marrying Chris Fischer this past year. But that chapter had nothing to do with babies. The comedian was showcasing her new clothing line with longtime friend and stylist, Leesa Evans. Her caption which read, “@leesaevanstyle and i are cookin something Up,” proved to be very misleading.

Below, are a few counterarguments from her worthy Instagram fans:

A Jewish follower who sent the comedian well wishes on her ‘baby announcement’:

“She tagged her stylist and is posing in a dress, not sure how that would = pregnancy.”

An investigative follower who clearly did her research:

“In a picture she posted earlier this week in the same dress it also appears that she is having an adult beverage? Not prego.”

A rebuttal from a concerned follower who makes a good point:

“That was not an adult beverage. That was a bottle of san Pellegrino water.”

A foodie follower toys with Schumer’s caption as a play on words:

“I think it means tacos or like a movie. I think I’d be super annoyed if an entire post centered around my uterus.”

So, is she talking about nachos or a babe?

Amy Schumer settled all our burning questions by posting a follow up video with an alcoholic drink in hand, saying: “I am not pregnant….. What I was trying to say is that Leesa and I created a line for all sizes and shapes at a chilled price point. But thank you for thinking of my womb.”

I always have a bump alert!

You can send back your baby shower gifts, readers. It was just a false alarm.