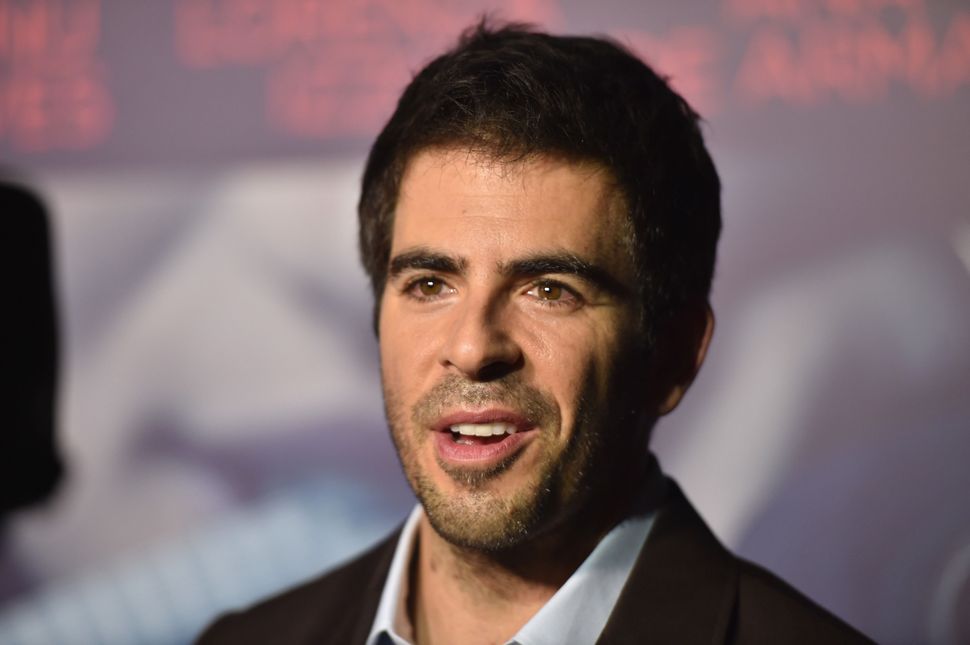 On Monday, filmmaker Eli Roth and actress Lorenza Izzo announced that they will separate after six years of marriage. “We’ve had an incredible journey together, we love each other very much, and will remain the best of friends,” they wrote in a joint statement. “We wish to continue working together creatively and are ultimately separating so we don’t f*****g kill each other,” they concluded.

The end of a marriage can be a bittersweet thing — it’s sad when two people have to opt out of what was planned as a life-long commitment. It’s also happy, that they no longer have to be a part of something that isn’t working for them. And in this case, it’s happy because it means…

Eli Roth is back on the market!

Roth is a producer, director, actor, dog-owner, and all around thick-haired Ashke-hunk boy toy. Yes, we’re objectifying him, but it’s for the sake of feminism, Jewish continuity, and, dare we say, his own well-being.

Here are all the reasons to celebrate Eli Roth’s singleness:

1.Roth is best known for making horror movies. But lets not forget that his biggest acting role (possibly anyone’s biggest acting role) to date was co-starring in “Inglorious Bastards” as Donny “The Bear Jew” Donowitz. This is possibly the greatest thing anyone has done for Jewish people since Miriam decided to take that well-timed jog along the Nile. Strike us all down dead if we don’t star in movies about Nazi-hunting as characters with nicknames like “The Bear Jew” before we reach 40.

3.Roth is quadrilingual. He says he speaks French, Italian, and some Russian, but may be trying to pick up Spanish.

4.He’s in with the sharks. Roth hosts a segment on Shark Week called “Sharks After Dark.” He was also supposed to direct the shark-centric movie “The Meg” but left because of budget problems. And a good thing, too. That movie is about murdering a shark! It is as Mark Cuban would say: Leave sharks alone.

5.He used to be a cybersex operator for Penthouse. Oh, yup. And to do so he posed as a woman, which suggests that his masculinity is not easily threatened, unlike some other famous Roths we can think of.

6.He once wrote a movie about getting a skin infection from riding ponies in Iceland which launched him into stardom. This speaks for itself.

Go get ‘im, ladies and gentlemen.