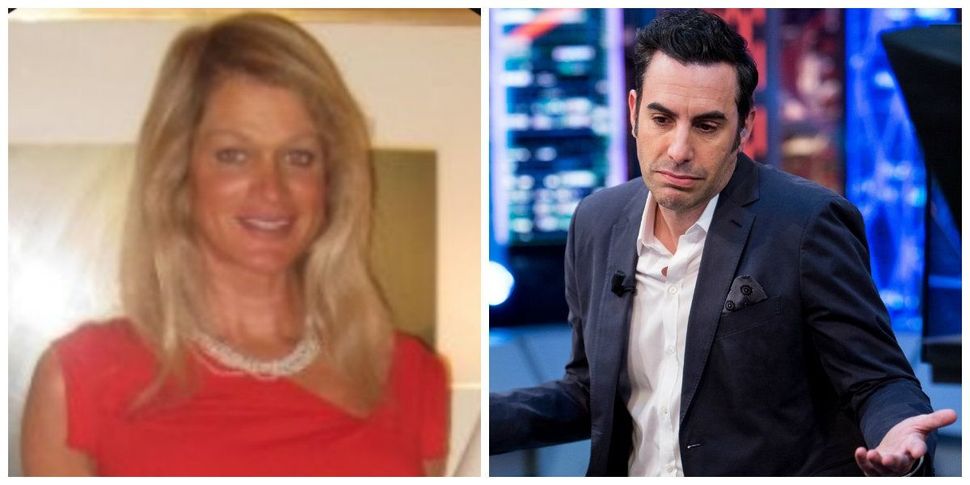 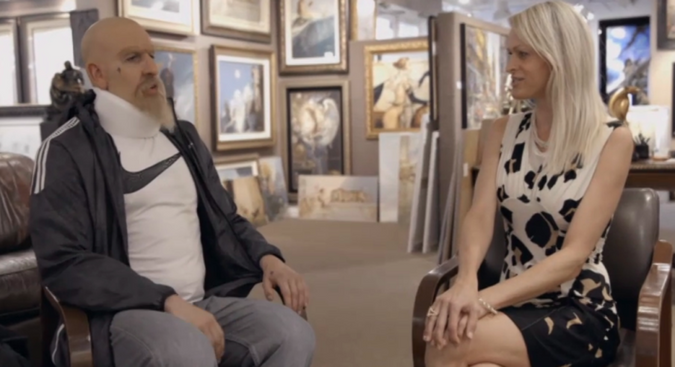 A screen shot of Sacha Baron Cohen as Rick Sherman speaking with Christy Cones from Who Is America? Image by Showtime

You can’t bullshit a bullshitter. But you can convince an artist that fecal smears can be fine art, and that’s just what Sacha Baron Cohen did in the first episode of his new Showtime series, “Who Is America,” on Sunday.

In a slew of interviews, most notably one with the Washington Post, Christy Cones has come forward to clear her name, so to speak. The gallerist and PhD, who was the focus of a segment by Baron Cohen mocking the fine art industry, responded to learning that she was the target of a stunt with unprecedented grace and humor.

Above all, she has more questions. Cones told the Post, “Even now, I know now it’s fake, but I still think a lot of the ideas are real.” Baron Cohen, she contends, only proved the fantastic subjectivity of art by mocking it. In trying, perhaps, to destroy art, he created it.

She explained, “Art is what we say it is. Is it art for rain to fall on the sidewalk in a certain way? Some would say tears dropping down on a love letter is art. Is this art? Someone who is stuck in prison, and they put their whole heart into something? I’d love to have that argument.” Cones added that she thinks Baron Cohen himself, in making his show, is making a kind of argument for art. She said, “Art is always subjective, but to me it seems like [his show] is [art] — a kind of performance art, at least.”

Cones was framed and presented to mass international audiences as a laughingstock. Is she mad? Nope. “He duped me? He made me the fool?” she asked. “Sacha Baron Cohen doesn’t impress me. I’ve been with billionaires, and I’ve been with bag ladies. No one is better than the other.” Plus, after suffering the recent loss of a close friend, she said, “It’s nice to have some comic relief.”

Cohen, she said lovingly, is “a nut case,” adding, “God bless him.” But she also told Politico that he’s “a total genius.”

She does say that she never got a copy of the portrait Baron Cohen made out of her, ostensibly using his own bodily fluids. And she has a more specific request for the erstwhile poop-artist — “Come down to the gallery,” she said. “Come down and buy a painting.”