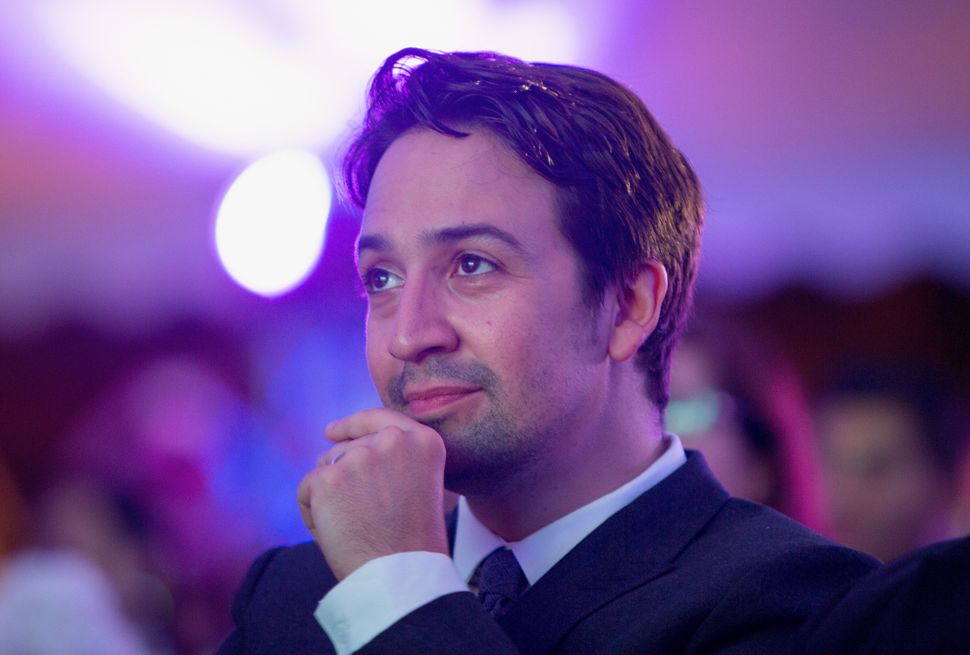 Lin-Manuel Miranda has a bright future. Image by Getty Images

The world’s best loved polymath will add one more skill to his impressive resume: Directing.

“Hamilton” creator Lin Manuel Miranda is set to make his directing debut, helming a movie version of Jonathan Larson’s musical, “Tick, Tick…Boom!” Deadline reports. And as if the marriage of Larson, the brilliant Jewish composer-lyricist of “Rent” and Miranda wasn’t enough, Steven Levenson, the book writer of the recent Broadway smash “Dear Evan Hansen,” will script the movie.

Now the only question is — will any human women be involved in this star-studded endeavor?

Both Miranda and Levenson, as well as the deceased Larson, are known for putting women and marginalized characters at the forefront of their art, but are not known for working with women to develop that art. Image Entertainment has said that Miranda will produce along with Image co-chairs Ron Howard and Brian Grazer, and Julie Oh. So, you know, we got a seat at a quarter of the table ladies. In a redemptive move, the film will be executive produced by Larson’s sister Julie Larson, who has long worked to maintain her brother’s legacy.

Jonathan Larson, who died tragically at 36 on the day of the first Broadway preview of “Rent,” only wrote a few works other than “Rent,” and “Tick, Tick…Boom!” which uses rock music to assess the difficulty of the artist’s life, can be seen both as a template for the watershed work “Rent,” and as a standalone work, Larson’s most personal. Miranda starred in a production of the musical just before “Hamilton” opened on Broadway. His own work owes a great debt to Larson’s. If Larson had lived, they would probably have been collaborators.

We look forward to Miranda’s move to filmmaking — worrying less about throwing away his shot, and more about setting it up.