Mark Zuckerberg Secretly Called To Congratulate Trump After The Election 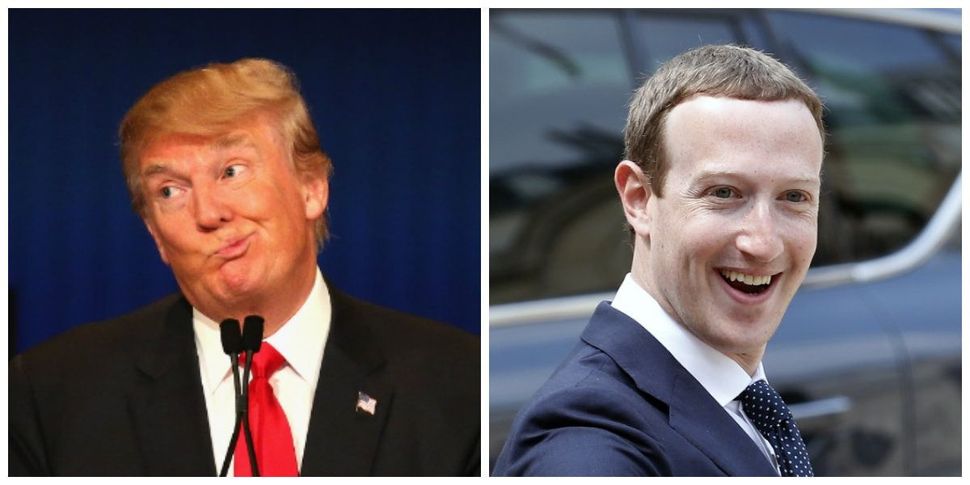 If it’s true that the truth will out, then it will out very, very slowly.

A new report from Buzzfeed News on Thursday found that Facebook creator and CEO Mark Zuckerberg made a secret phone call to Donald Trump to congratulate him after he won the 2016 presidential election. Buzzfeed spoke to three people who were able to confirm that the congratulatory call took place.

This morsel of information is significant not because of what it indicates about Zuckerberg’s politics (though he is under fire this week for justifying Holocaust denial) but because it further opens the social media giant up to criticism about its role in the election, and ultimately its role in American democracy.

“In reality, Facebook loved us during the campaign,” Gary Coby, Trump’s 2016 campaign director of digital advertising, told BuzzFeed News. Such was the site’s excitement over the Trump team’s innovative advertising that an internal memo found by Buzzfeed indicated that Facebook listed the Trump team as potential “innovators” to be brought in as quasi-consultants to help Facebook change its digital strategy.

Yet it sounds like Zuckerberg and his team, with their many billions of friends, feel they have one friend in a very high place. BuzzFeed reports that the Trump campaign’s Facebook tactics were celebrated within the company on internal memos and reiterated in presentations and that “Facebook took the methods it learned from the Trump campaign to further refine a marketing model” that it uses to refine its own advertising technique. That model — “Test, Learn, Adapt” (TLA) — is ironically now being used by Facebook for their “Here, Now” campaign, which is designed to limit “fake news” on the sight.

The public knew that Facebook made money from the Trump campaign, as it would from any presidential campaign. The idea that Facebook profited not only from Trump advertising dollars and lucrative “fake news” sources but also Trump digital media strategy is brand new.

Mark Zuckerberg Secretly Called To Congratulate Trump After The Election