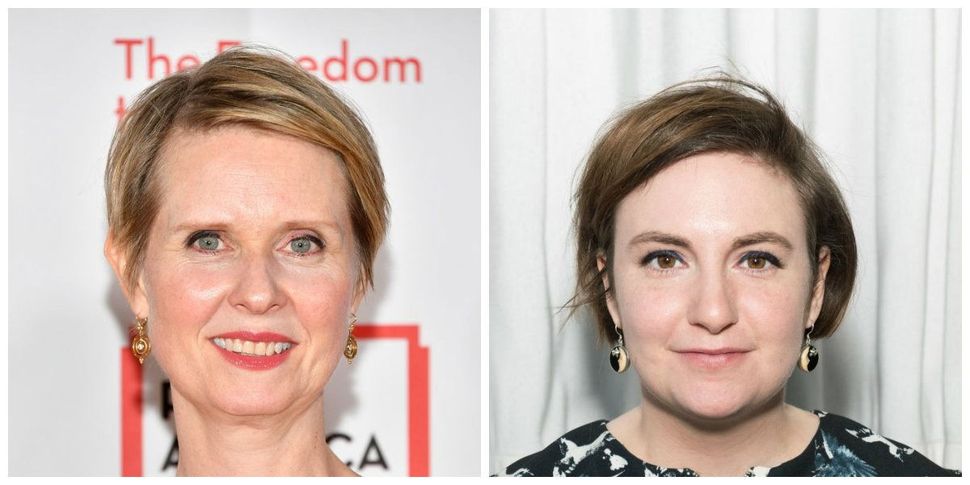 “Fox News Blurs the Facts of a Story to Make an Obscure Point Denigrating Women” is hardly breaking news at this point, any more than “Airplanes Go Up In the Air” is breaking news.

But we feel honor bound, and also bound by the cumulative one million hours we’ve spent watching HBO content, to report that both Fox News and The Daily Mail published headlines about “Girls” star Lena Dunham’s support for New York gubernatorial candidate and former “Sex and the City Star” Cynthia Nixon that are so misleading as to appear intentionally dishonest.

The always polarizing Dunham posted on Instagram on Monday night that she threw a fundraiser for the actress-turned-politician. Dunham, who has always thrown herself into liberal politics to varying degrees of success, has also reportedly given $10,000 to Nixon’s campaign. In one image included in the post, Dunham and Nixon are standing with their arms around each other in a group of supporters, and in a short clip they are waving “Sex and the City”-inspired Nixon campaign merchandise. Shortly after, Dunham made a separate post featuring herself in underwear and a t-shirt representing The Wing, a women’s social club founded by Dunham’s friend Audrey Gelman. The caption on the second post references The Wing, and nothing in the image or wording of the caption invokes Cynthia Nixon.

Friends, let us be plain: It would be okay, and probably mildly amusing, if Lena Dunham campaigned for Cynthia Nixon in her underwear. But she didn’t. Women including Dunham who, like it or not, is a champion of body acceptance, are allowed to operate in different modes at different times. Once they take their pants off, they do not lose credibility. Once they proclaim themselves as sexual or artistic beings, they do not abdicate their rights to be political advocates or business people. Once they say something serious, they are allowed to later also say something not serious.

And, interestingly, if you are a person who wrote Lena Dunham off long ago because of her fascination with nudity, you are Fox News’ target audience. That article, and the Mail’s, were written with your Dunham-hating, body-repulsed clicks in mind.