Is Shabbat A Way To Combat Millennial Loneliness? 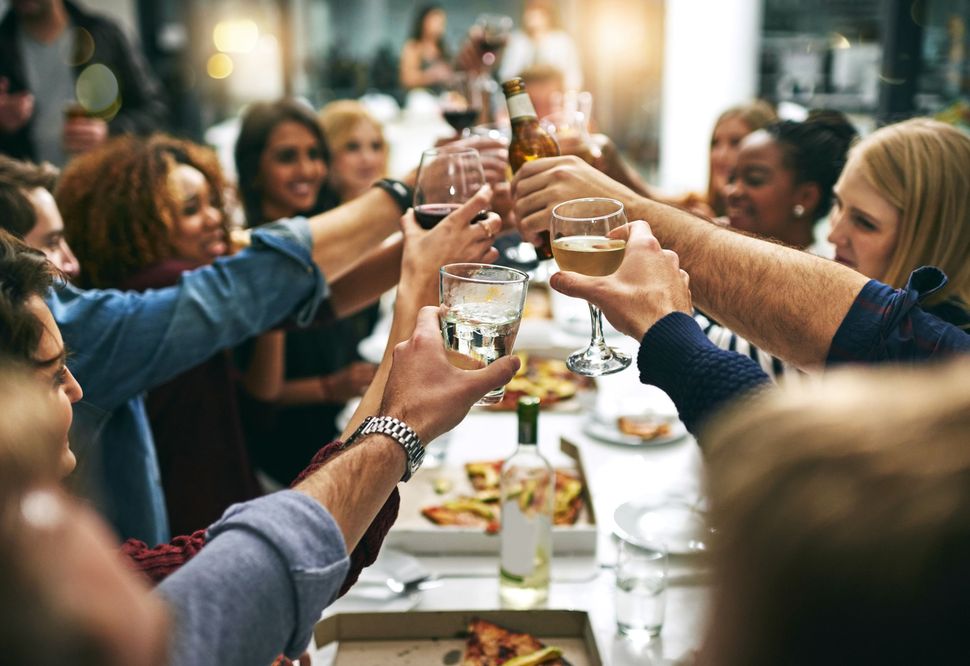 Millennials, the media would have you believe, have both destroyed the nuclear family and the fabric softener industry. These unfortunate adult children are both addicted to social media and terribly, woefully lonely. They’re short on funds but long on anxiety. Is everyone born between between 1981 and 1996 just doomed? What could fix Generation X short of a total clean slate?

Well, OneTable believes it has the answer. OneTable is a non-profit dedicated to empowering people of all backgrounds and religions to have Shabbat dinner experiences. And these days, they’re offering an Everything But The Table Kit (including a challah cover with recipe, tea lights, a list of table topics, tea lights, a wine opener and more) to people who donate $75 and above.

Millennials are a lonely lot. “Half of Americans view themselves as lonely…the younger generation was lonelier than the older generations…” according to NPR. And according to Forbes, “How we eat in America today is a reflection of the continued erosion of ritual, and nothing is more powerful proof of this than just how much of our collective eating occasions happen alone.”

Could Shabbat be the ancient key to finding balance in a world that seems to have lost its darn mind? “Shabbat — the concept of spending quality time with friends and family while taking a break from scrolling on Instagram — is for everyone,” Ariel Okin told Vogue. “It is an ancient antidote to our modern ailments.” Hannah Seligson, of The New York Times said her Shabbat dinner made her remember “why civilizations form bonds beyond their families and enjoy others’ company. When a group of people connects, with just enough wine, there’s a release.” Singer Katy Perry told Cosmopolitan, “I wish there was a thing like Shabbat for the whole world, but not particularly religious-based.”

OneTable is looking to fix all of that. “Mindfulness is really hot right now,” said Rosenberg, “But Jews have been doing it for hundreds of years, isolating a space and making it holy.”

Rosenberg doesn’t want OneTable to even exist in the future. Ideally, the future would be a world where everyone does OneTable’s work on their own, getting together to mark the passing of another week with friends and family. 30% of all OneTable dinners nationwide are open, meaning available to anyone.

Rosenberg didn’t even do Shabbat before she started working at OneTable. Now she hosts a queer Shabbat dinner for people who’ve been excluded from Judaism in one way or another. Forty people came to her last one.

Is the future of the DIY Shabbat scene what will save isolated millennials?

Is Shabbat A Way To Combat Millennial Loneliness?