Ivanka Trump Is Excited To Have Karlie Kloss As Her ‘Sister’ 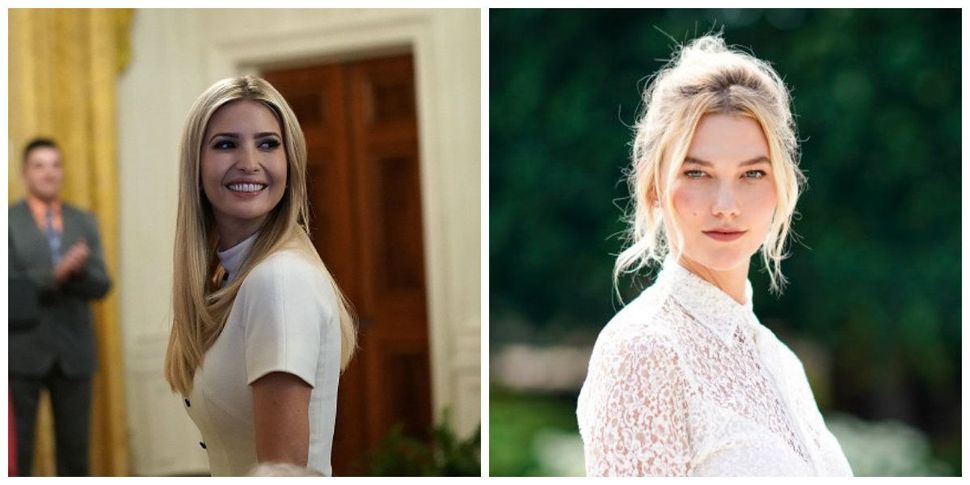 When Ivanka Trump married Jared Kushner in 2009, she gained a brother in the form of the younger Kushner brother, Joshua. When Joshua Kushner marries supermodel and tech influencer Karlie Kloss, she’ll gain another sister.

“So, so happy for you and Josh!” Trump commented on Kloss’ Instagram announcement. “I feel blessed to have you as a sister (!!!) Karlie and look forward to the decades of happy memories we will create together as a family!”

I love you more than I have words to express. Josh, you’re my best friend and my soulmate. I can’t wait for forever together. Yes a million times over ?

Kloss and Kushner broke the news of their long-awaited engagement on Tuesday after six years of dating, or as one may think of it, one full Obama followed by a big surprise. Though the longtime couple’s engagement (and subsequent human skull-sized ring) is not a surprise, the existence of the Kushner-Kloss breakaway is still shocking. Kloss, a supermodel with a feminist tech startup, is an avowed liberal who publicly supported Hillary Clinton’s campaign for president. She and Kushner attended the Women’s March together in Washington, DC in 2016 and then were seen again at the March for Our lives event, also on the Mall, after which Kushner donated to gun violence prevention causes.

The couple’s view on separating tiny children from their parents and incarcerating them to teach persecuted foreigners a lesson is unknown, but one can take a safe guess.

Sisters, though, can never be torn apart!

Ivanka Trump Is Excited To Have Karlie Kloss As Her ‘Sister’