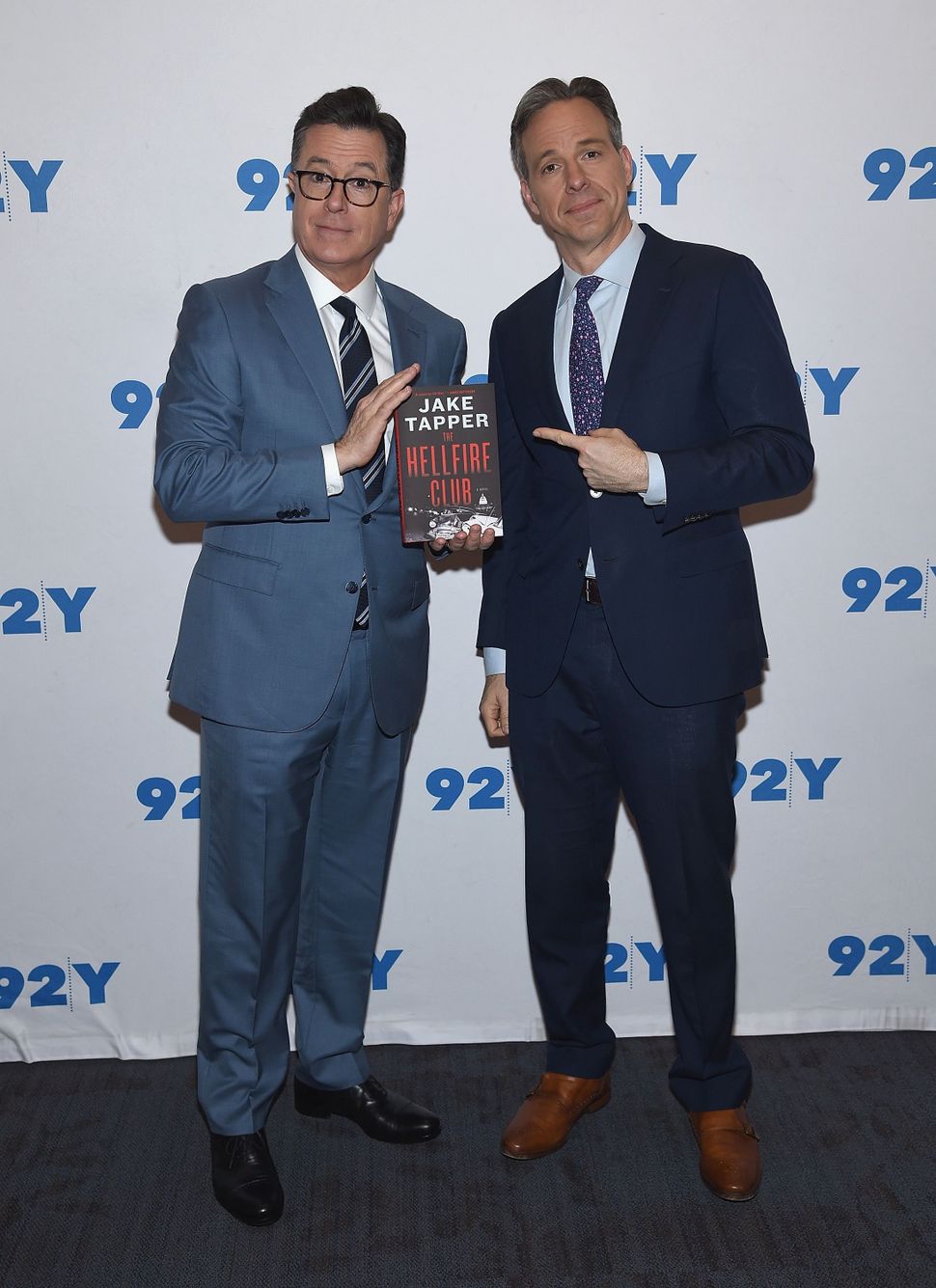 After President Trump chose to single out and banish CNN reporter Kaitlan Collins from attending his Rose Garden announcement at the White House after she asked him hardball questions during a press event on Wednesday, Jake Tapper leapt to his coworker’s defense during an interview with Stephen Colbert.

Tapper told Colbert: “just step back for a second and contemplate the notion of anybody associated with President Trump thinking a reporter is rude.”

It is wildly ironic that Trump would take such action against a person for “rude” behavior given the ruthless and cutting remarks that he has made throughout his presidency. Tapper laughed about this paradox — “just the idea that there is a delicate decorum. ‘That’s not how we conduct ourselves in this White House’.” Colbert quipped back, “When Donald Trump calls someone a low-life slimeball, he keeps his pinky out.”

“Are you worried about what is on the other tapes?”

“Why is Vladimir Putin not accepting your invitation?”

Tapper blasted Fox News’ Lou Dobbs for his dismissive reaction to Trump’s decision to ban Collins and referred to him as “ride or die for President Trump.”

Tapper attacked Dobbs on Twitter by highlighting an old, seemingly hypocritical tweet in which Dobbs spoke out against President Obama for treating conservative reporters unfairly:

Dobbs, June 15, 2012, after the Obama White House criticized The Daily Caller’s Neil Munro for shouting out questions at an event: “What is rude is a president not speaking to the American people and taking the questions of the White House press.” https://t.co/1JJajIwylr