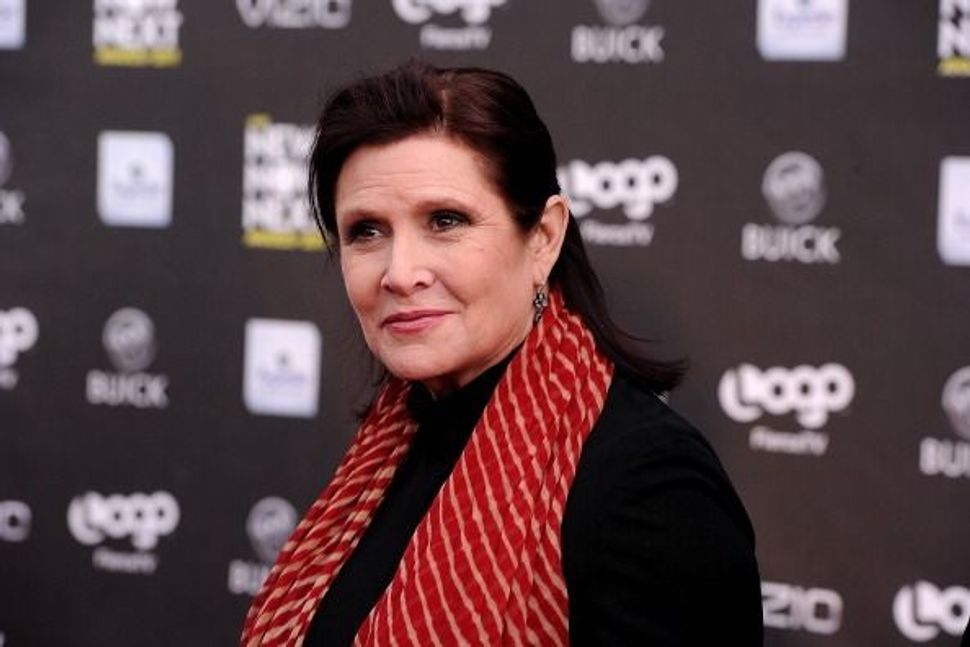 It’s said that if you love someone, you should set them free — and if they come back to you in the form of unreleased footage, you’ll know you can still make hundreds of millions of dollars on them. It is for that reason, we imagine, that beloved film icon Carrie Fisher will be appearing in the upcoming “Star Wars” movie via unreleased footage, even though she died two years ago.

Director J.J. Abrams has announced that footage of Fisher that went unused in previous “Star Wars” movies will be repurposed to bring General Leia’s story to a “satisfying conclusion.”

It’s not possible to imagine what Fisher’s quick-wit and cynical genius might have come up with in response to this news, but it feels safe to say she would have been mildly disgusted and plenty amused. Abrams politely added that after considering recasting Fisher or recreating her via CGI, he decided this was a better choice. Ultimately, it’s what any actor would want — footage of herself from a different movie, not deemed good enough at the time, footage that she can’t be paid for, being used to make a buck off her after her death.