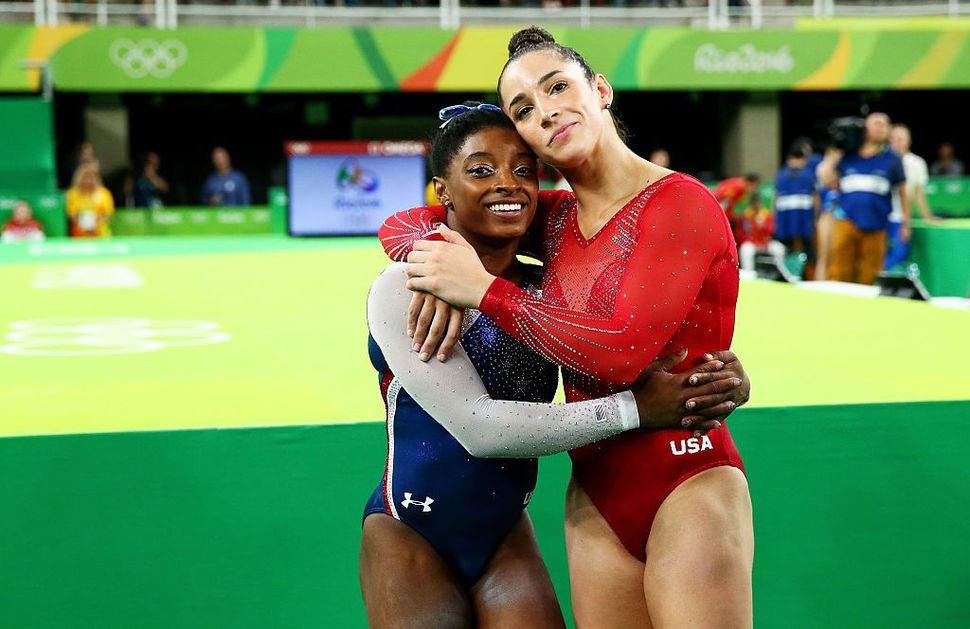 On Saturday, America’s greatest young athlete returned to her sport after a two-year hiatus: Olympic gymnast Simone Biles competed at the U.S. Classic, winning gold with the hardest routines she has ever done in competition.

Aly Raisman, Biles’ teammate and captain on the 2016 Olympic team, wasn’t competing — she’s busy with her work as a crusader against sexual abuse in sports — but she tweeted her support for Biles from afar. Biles responded with love for her teammate by liking an Olympic Channel clip showcasing their close friendship.

So proud and happy for @Simone_Biles !!!!!! How does she make everything look SO easy?? 😉

Though Biles, who last competed at the 2016 Rio Olympics, only returned to training this November, experts say she is already surpassing her previous abilities. At the Classic, she got the highest score on the floor routine and the vault that any gymnast has gotten in the last four years. Just two weeks ago Biles wasn’t planning in competing in two out of four events. Yet at the competition she beat the second-place gymnast, Riley McCuscker, by a full point.