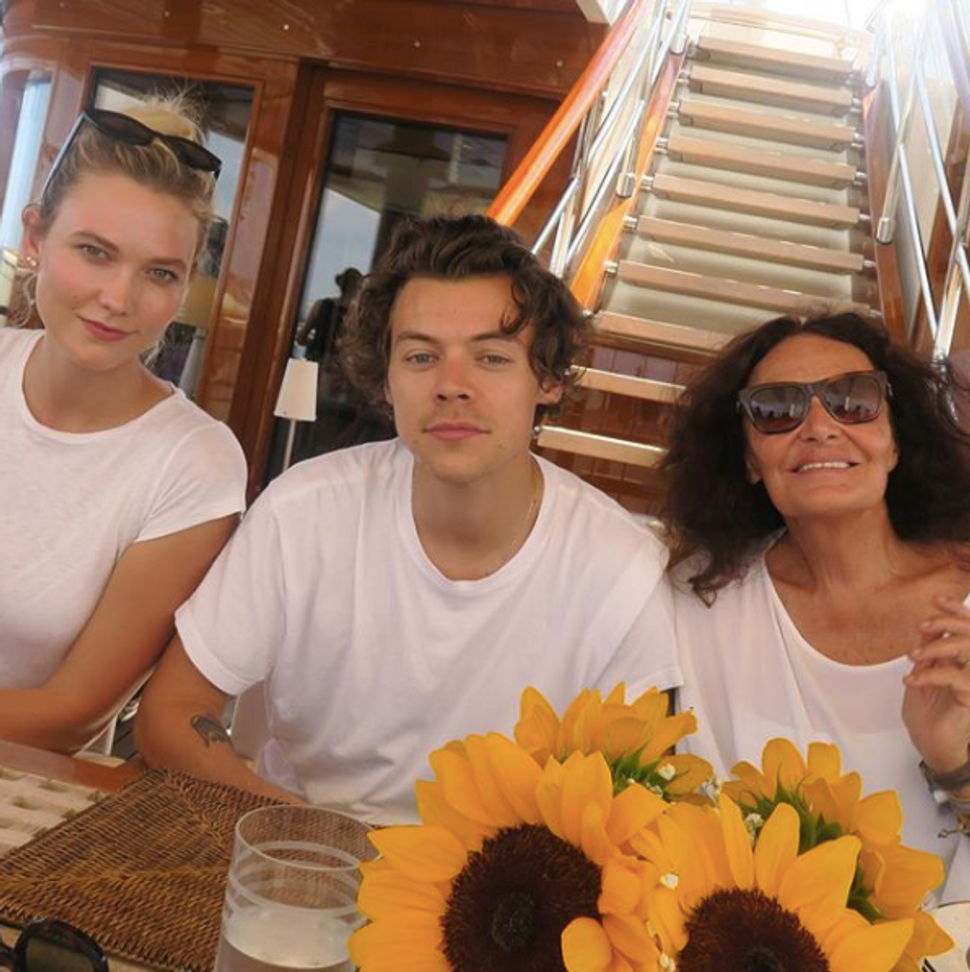 A photo of Harry Styles and Karlie Kloss is circulating on the internet and fans are demanding to know what in Hollywood’s name is going on. The good-looking pair (who could certainly pass for siblings), were pictured in Sicily with— wait for it— Diane Von Furstenberg.

If you haven’t been keeping tabs on the trio’s lives, Diane has started planning to exit her eponymous brand after 45 years in the fashion scene, Kloss got engaged to Joshua Kushner after six years of their partnership, and Styles just broke up with his girlfriend, model Camille Rowe, after one year of dating. The sudden respite on Italy’s largest Mediterranean Island does not seem so sudden anymore. With big change comes the need to escape into a paparazzi-free world.

In stark contrast to the other images on DVF’s Instagram page provides her feed full of wrap dresses and models a nice change. All three celebrities don white t-shirts and the look on their sun-kissed faces seems to say, “we are living our best lives.” The real caption, which reads, “Glamorous lunch break,” should also come with a Wish You Were Here postcard, but we’re just going to sit back and let them have their moment.

The eclectic group flew out for an exclusive Google VIP conference for celebrities and tech moguls, where they were pictured sailing on Furstenberg’s husband, Barry Diller’s yacht. In the past, the likes of Emma Watson and Prince Harry have attended the star studded summer camp-like conference.

Some fans are outraged. Others have expressed down right confusion. Aren’t Karlie and Taylor Swift (Harry’s ex), BFFs? Kloss, a star coder and newly engaged tech mogul, may have never dealt with The Girl Code. Or maybe she’s just reprogrammed it.

me thinking logically: what else could Karlie and Harry possibly talk about other than taylor there’s legit nothing else for them to say to each other