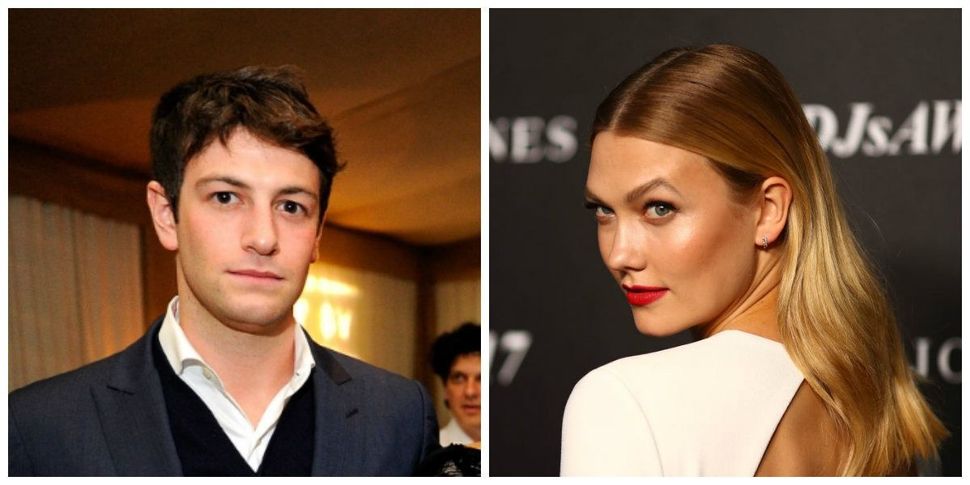 Joshua and Karlie sitting near some trees. K-I-S-S-I-N-G. First comes six years of dating, then comes marriage, then comes a slow takeover of the US government from within (we hope.)

Notoriously tight-lipped (heyo) couple Karlie Kloss and Joshua Kushner broke their ban on public displays of affection today for Karlie’s birthday with a picture of the couple locked in an embrace. The insanely photogenic couple announced their engagement at the end of July, and entrepreneur and supermodel Karlie has converted to Judaism for Kushner, a venture capitalist.

Let’s just dissect some of the things going on in this photo.

PDA ❤️ Thank you @jr for this amazing pic.

-It is very clear that Joshua Kushner, the cute little brother of the Jewish people, has moves. Look at that kavanah! Look how the light hits the sweat on his cheekbones and jawline, making it gleam! Look at his ramrod straight, bar mitzvah boy posture! He is wearing that white t-shirt. He is activating his neck muscles. He is a sex god, and we shall have no other gods before him.

-Composition-wise, there is a lot going on here. Clearly, there is not a firework going off directly behind them during their nighttime stroll through a bamboo forrest, but that is how it would appear. The highlights in Karlie’s French braid echo the beams of light which echo the spiky leaves behind her which echo the pleats on her dress. The only incongruous moment is the hairband on Karlie’s wrist, which makes for a normalizing touch. The only thing is that it’s not possible to look at it without wondering how long they stood there, tongues out, before they got it just right.

-The picture was taken by celebrated photographer JR, who Karlie credits in the caption. It’s lovely, but why? Why engage a professional to take a steamy make-out picture to post to social media? It’s uncharacteristic of Karlie, who rarely posts photos with Josh, and of Josh, who mostly posts pictures of Karlie he takes himself. And what would Orthodox Rabbi Haskel Lookstein, who’s rumored to have converted Karlie, think about this?

Happy birthday, Karlie! We look forward to another 120 years of eerily well-lit photographs of you kissing.