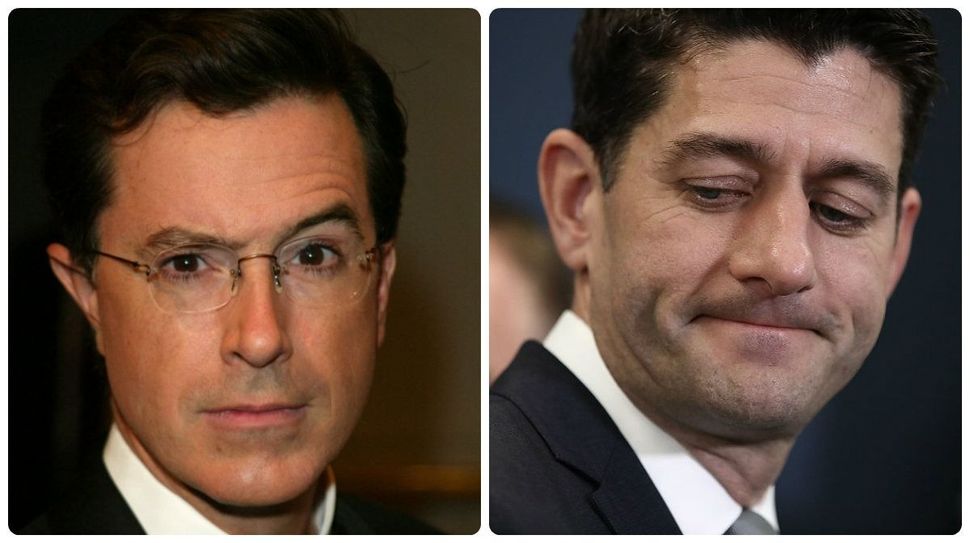 Responding to last week’s revelation that Catholic Speaker of the House Paul Ryan has roughly 3 percent Ashkenazi-Jewish ancestry, Colbert asked the question weighing on so many of our hearts: “Haven’t the Jewish people suffered enough?”

He went on to point out that if Ryan really is Jewish he should be circumcised — and it’s not “shear” (hehe) imagination to think he could be — adult male converts to Judaism who were not previously circumcised usually undergo a symbolic bloodletting, as this Forward writer explains in a harrowing account. Ryan, who has joked that he’s now “officially a member of the family” should pay “the price of admission,” argued Colbert — a traditional brit-milah, or ritual circumcision.

“That’s why we at The Late Show are excited to offer you the chance of a lifetime with The Late Show’s Live Paul Ryan Bris-stravaganza!” he announced. “Mohels are standing by,” he said, explaining that Ryan is welcome to drop by the show for a live communal event.

“Think of it this way, Paul,” he said. “The foreskin is only one percent of the penis. And we know how much you love cuts for the one percent.”