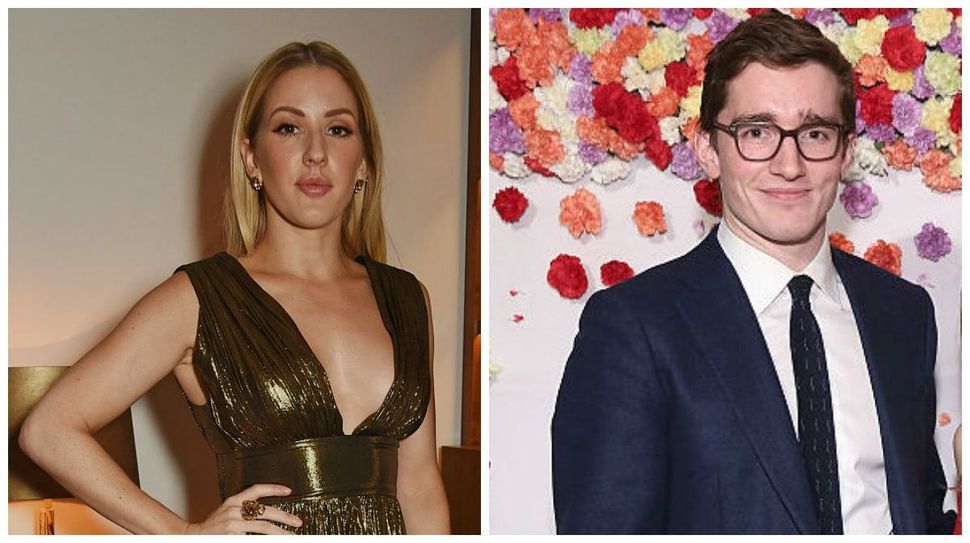 Let’s play a little game I like to call Spot The Jew (if you’re not Jewish and you still want to play this game, please escort yourself directly to the nearest office of the ADL and await further instructions. Otherwise, carry on.)

Which half of this couple do you think is Jewish? The statuesque blonde pop singer? Or the Harvard-educated glasses-wearer with the Harry Potter hair?

31-year-old British pop-sensation Ellie Goulding and 26-year-old Sotheby’s art dealer Caspar Jopling probably didn’t get engaged to teach us a lesson in not gauging Judaism by appearances, but there you have it.

Goulding and Joplin confirmed their engagement today the old fashioned way, by placing an announcement in The Times. “The engagement is announced between Caspar, son of The Hon Nicholas Jopling of Yorkshire and Mrs Jayne Warde-Aldam of Yorkshire, and Elena, daughter of Mr Arthur Goulding of Hertfordshire and Mrs Tracey Sumner of West Midlands,” it read.

Indeed Caspar Jopling (his name sounds like a ghost airplane, and that’s just fine) may look Jewish to you, but check your Ashkenormativity and his pedigree — the suavely rumpled art man is the grand-spawn of a British Baron on one side and united by marriage to a family of landed gentry on the other side. He is one in a line of Etonians, he is a prodigious rower, and he runs his Instagram with an iron fist.

Goulding, of course, is the voice, mind, and hair behind pop-techno hits like “Love Me Like You Do” and “Lights.” She is a marathoner and kick-boxer who has dated Prince Harry. She’s the UN Environment Goodwill Ambassador. She’s Jewish, and she’s quite a catch.

Goulding and Jopling (who have the names to go in on a law firm, should they be interested) have only been dating for 18 months, though by Summer of Love 2018 standards this is the equivalent of a decade. We wish them a hearty Mazel and a long shared life of not making assumptions about what makes a person “Jewish-looking.”