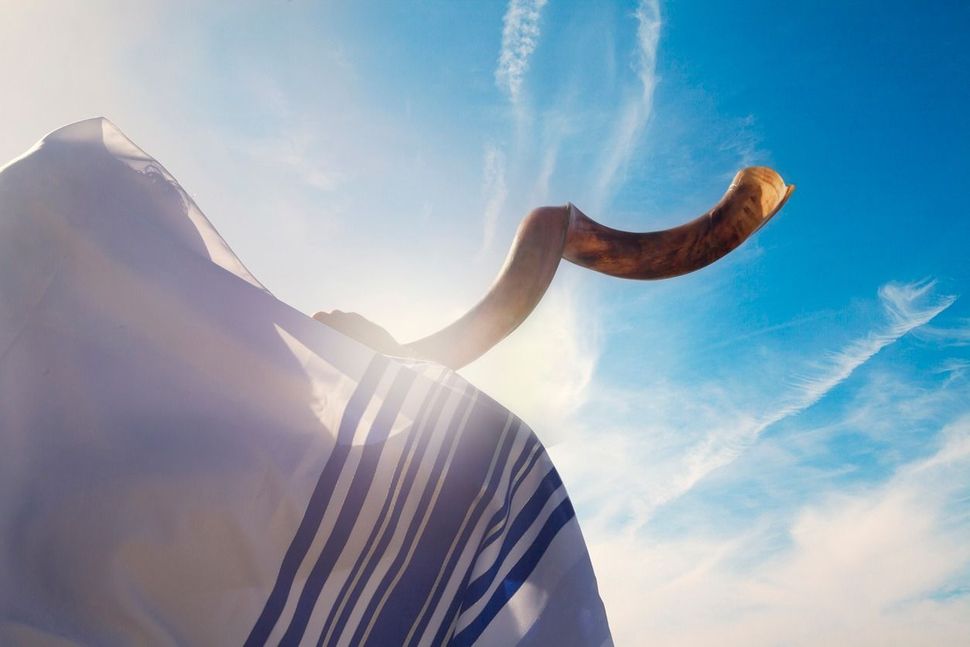 Shofar, so good Image by iStock

How do we know when Jews have made it in America? When neo-Nazis show up at Jerry Seinfeld shows eating tzimmes? When public schools have half-a-day for Shmini Atzeret? Or maybe, just maybe, when hip-hop karaoke videos featuring shofars go viral.

Oh happy, happy Wednesday! Unintentionally kicking off Elul with a blast of early High Holiday fervor, a karaoke artist who goes by the name “Miss Mary” has become a viral sensation for her performance of “Work It” by Missy Elliott. Mary Halsey, an assistant at a nursing and rehab facility and a beloved community figure, posted a video of herself doing karaoke in Rhode Island’s Goddard Memorial State Park on July 29. The video quickly spread, landing on Tuesday night on the desk of Missy Elliott herself, the artist behind the hit 2002 song.

The hip hop queen praised Halsey’s performance, heralding her as a sister, and noting, as many denizens of the internet did, the scene-stealing dancing/snacking woman lurking in the background:

I just found out I have a FUNKY WHITE SISTER???? forreal doe??& she brought her home girl with her from da hood that keep tip toeing in the background with a plate of food? yo I’m done!? but she straight killed “Work It” sound effects & all?? I love it??? pic.twitter.com/Rg9TTHAqu2

Elliott’s embrace of Halsey was shared by many other fans huddling for warmth on the emotionally icy hellscape of the world wide web. But besides being marvelously endearing and verbally dextrous, Halsey is enigmatic. Her performance left many wondering: What is she doing with that shofar?

So, we just gonna ignore that she’s holding a antelope antler like a pimp cane?

the shofar will be the 2019 fashion accessory of the year

Indeed, Halsey is clutching none other than a severed kudu horn, hollowed out and shined to a finish, otherwise known as a shofar. (Long shofar horns like the one in the video come from kudu, a species of antelope, while shorter shofars are rams horns.) What is a biblical-era religious instrument with no pitch-altering ability doing in a performance that contains the phrase “Ti esrever dna ti pilf, nwod gniht ym tup”?

For most of the song, Halsey appears unaware that she is clutching two feet of animal keratin. Is it possible, one wonders, that she picked it up from a friend’s picnic blanket as a talisman of sorts to support her performance? Is it a fallback microphone?

A clue: When Halsey sings the lyric, “If you got a big [sound effect] let me search ya,” she raises the shofar aloft. To this investigative reporter, that suggests that the shofar is meant to indicate an outsized phallus. But just as we prepared to proclaim Case Closed on the Mystery of Shofar Karaoke, we came across this:

Halsey is evidently an accomplished shofar player, and our assumption that she stumbled accidentally across the ritual instrument was baseless and frankly offensive! However — another detective on the case points out that not all the pieces of this very, very 2018 puzzle connect:

Missed opportunity to shofar during the elephant trumpet but otherwise ?pic.twitter.com/u3NGr5omuh

We have reached out to Halsey for more information. But the important thing is this: Mary Halsey, Missy Elliott, and all the good people of the web have begun the ascent to the holiest of holy days, to the heralding of the New Year.