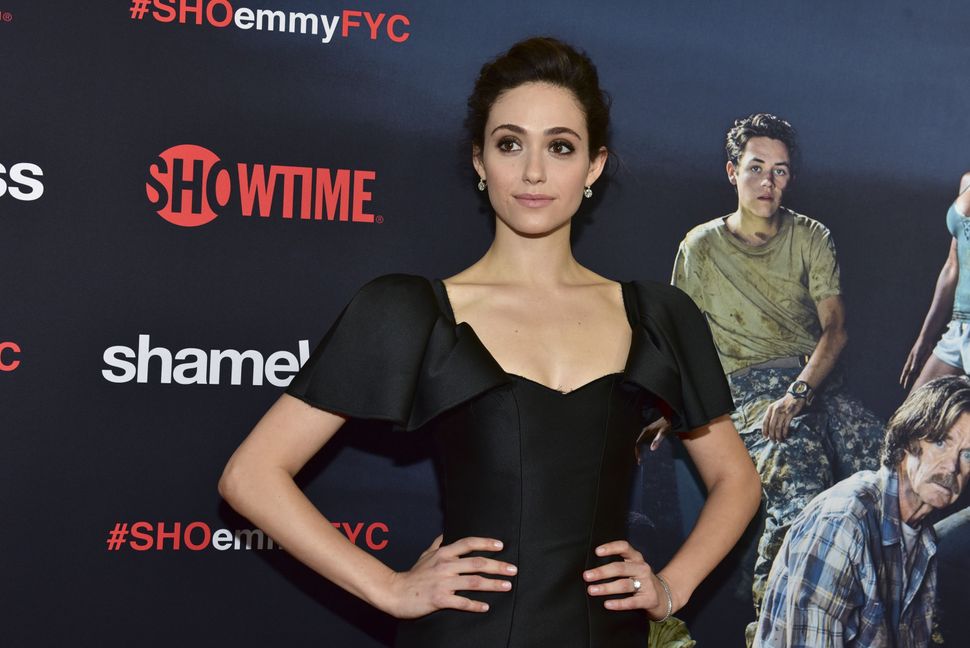 “Shameless” actress Emmy Rossum garnered 59.3K likes on her latest Instagram post and I can’t even get a text back.

The post reads: “Want to know what I Weigh?” with an accompanying caption that says: “@i_weigh BECAUSE YOU ARE SO MUCH MORE THAN A NUMBER.”

Her 3.3 million followers were probably expecting another one of Emmy’s intense kickboxing workouts. In lieu of that, she joined the “I Weigh movement” to list all of her outstanding qualities and showed viewers that the number on the scale doesn’t depict who you truly are on the inside. The Instagram movement started by “The Good Place” star Jameela Jamil aims to counter the beauty ideals imposed by social media by raising awareness of a woman’s worth and promoting body positivity.

A picture of herself sans makeup and post-workout became the backdrop for her laundry list of traits and values.

Some of her most prized blessings include:

Click on my stories. @i_weigh BECAUSE YOU ARE SO MUCH MORE THAN A NUMBER.

Rossum wears her Jewish identity like a badge of honor. In 2016, before the 31-year-old married “Mr. Robot” creator Sam Esmail, she tweeted about her plight as a sexual assault survivor. First and foremost, she identified herself as a woman, followed by: “I am Jewish.” Emmy has said that her mother of Jewish Russian descent taught her the “Jewish code of ethics and morals.”

I am a woman. I am Jewish. I am marrying an Arab American. My sister in law is handicapped. I’m a victim of sexual violence. It’s personal.

In her inspiring message, she goes on to say: “During my life the scale has told me that I’ve gained and lost and gained and lost. Somewhere in the range of 20 pounds. But that piece of metal doesn’t really know.” In a video message, Emmy urges her followers to join in on the movement because: “When you add everything you are, the size of your thighs don’t really matter anymore, do they?”