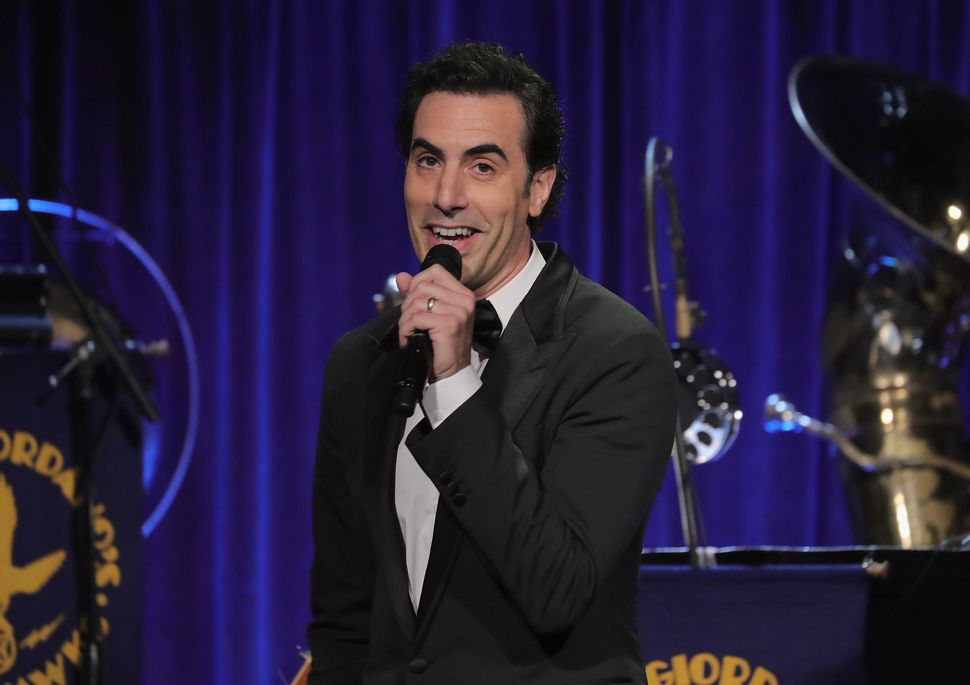 Four episodes of Sacha Baron Cohen’s “Who is America” Showtime series now live and breathe in the homes and stone cold hearts (depending on your feelings about Cohen’s brand of satire) of our fellow Americans. So far, we’ve seen a group of duped congresspeople endorsing Cohen’s fake Israeli “Kinderguardian” program that aims to arm “gifted” four and five-year-olds with weapons. We’ve witnessed a “Colonel Erran” (one of characters) meet with gun rights activist Phillip Van Cleave and dupe him into promoting pistols for children as young as three. That same Morad character had GOP lawmaker Jason Spencer pulling his pants down and spewing racial slurs, convinced his ridiculous activity would ward off terrorists. We even had the privilege of watching Alabama judge Roy Moore and former Illinois Congressman Joe Walsh tricked into meeting with Cohen, having been told he was attending a pro-Israel conference to accept an award for “significant contributions to the state of Israel.”

So, why is Sacha Baron Cohen so obsessed with using Israel as a comical tactic to lure his victims? As Shmuel Rosner, a contributing Israeli for The New York Times puts it, “Does Sacha Baron Cohen Understand Israel?” Well, his mother was born in Israel and he studied on a Kibbutz in Northern Israel for a year after graduating high school — he’s no stranger. But does he represent the Israeli identity? And should he have to?

With two more episodes left to airand talk of a second season underway, some Jews are uneasy about its portrayal of Israeli culture. For one, Americans will continue to falsely assume every Israeli citizen is armed after watching the “Kinderguardian” episode. Rosner believes that Cohen does not understand westernized Israeli culture, and with his macho Morad character he fails to depict an image of present day Israelis. “Today, the military is not as dominant in Israel’s culture as it used to be, and Israel is more Westernized, more capitalist, more focused on trade and high-tech innovation, and less rugged, than it was in its early years. Morad is a caricature of our past, not our present,” he argues.

That may be true. But don’t Israelis play into the American perception of Middle Eastern machismo?

Perhaps, as Rosner explains it, the stereotypical image associated with Israelis will keep our enemies living in fear of us. And maybe, in his twisted way, Sacha Baron Cohen is helping Israel by exposing these fallacies. If that is the case, then Cohen has subliminally duped all of America. You have to hand it to him — he doesn’t have the subtlety of a Mossad agent, but we’re just as in the dark about what he’s really up to.