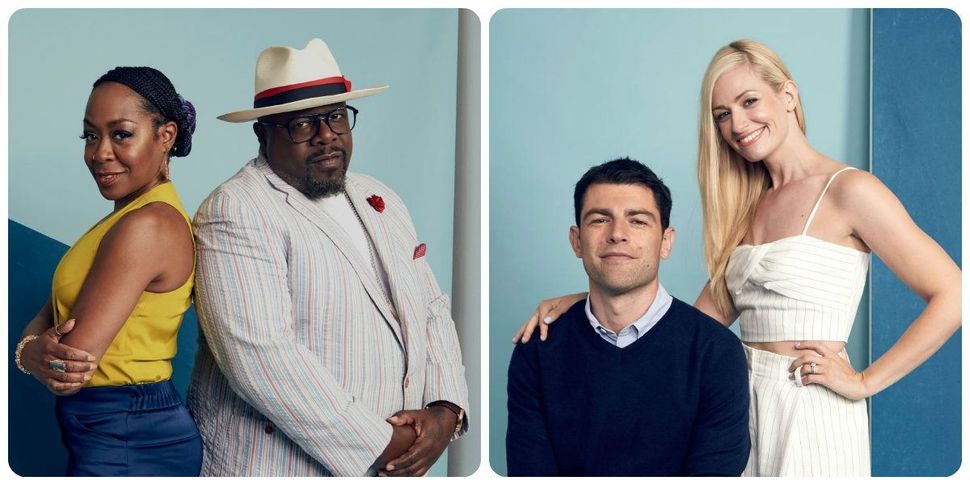 “The Neighborhood,” a fall premiere for CBS, has all the ingredients of a classic sitcom: good-looking B-list talent, a hearty laugh track, a set comprised of well-appointed upper middle class living rooms and open-concept kitchens, and one more thing…the tension that arises when white families move into a historically black neighborhood and slowly begin to change the local culture with the effect of gentrification.

You know — basically the same thing as “Young Sheldon.”

“The Neighborhood,” which follows “what happens when the friendliest guy in the Midwest moves his family to a neighborhood in Los Angeles where not everyone looks like him or appreciates his extreme neighborliness,” might be the answer to the question ABC execs were trying to address when they clumsily rebooted “Roseanne” in response to the Trumpian political climate. Or it might succeed in alienating everyone. Cedric the Entertainer stars as a grumpy denizen of the neighborhood, playing against a grinning, toothy Max Greenfield.

This is where it gets interesting for the Jews — Greenfield, a magnificently charming comic talent, made his name in seven seasons of Fox’s “New Girl” as “Schmidt,” the aggressively, proudly Jewish metrosexual bro. A character who began his arc as a stereotypical frat Jew metamorphosed into the rarest of things — a complex, dynamic, non-stereotypical representative of male Judaism, not bound to stereotype. Schmidt, for millions of watchers, was synonymous with Judaism, and so Greenfield was as well.

So for Greenfield, who was cast with Beth Behrs to replace initial leads John Lawson and Dream Walker (you can see their eerily identical original trailer here,) to be playing the face of Midwestern, white, Christianity, is somewhat captivating. Does it mean Jews have truly made it? Or that Jews are being whitewashed?

We’ll be watching as “The Neighborhood” strives to prove itself in the fall. But in these hot summer months as we arrive at the first anniversary of the events in Charlottesville, it’s nice to take a look at Greenfield starring on network television as a paragon of American citizenship and think: In this instance, Jews have replaced you.

“The Neighborhood” premieres October 1 at 8/7 Central on CBS.

There’s a new family on the block, and they’re about to turn this neighborhood upside down. @CedEntertainer and @TichinaArnold star with @iamgreenfield and @BethBehrs in #TheNeighborhood, premiering Monday, October 1 at 8/7c! pic.twitter.com/GOLeqvTc9o