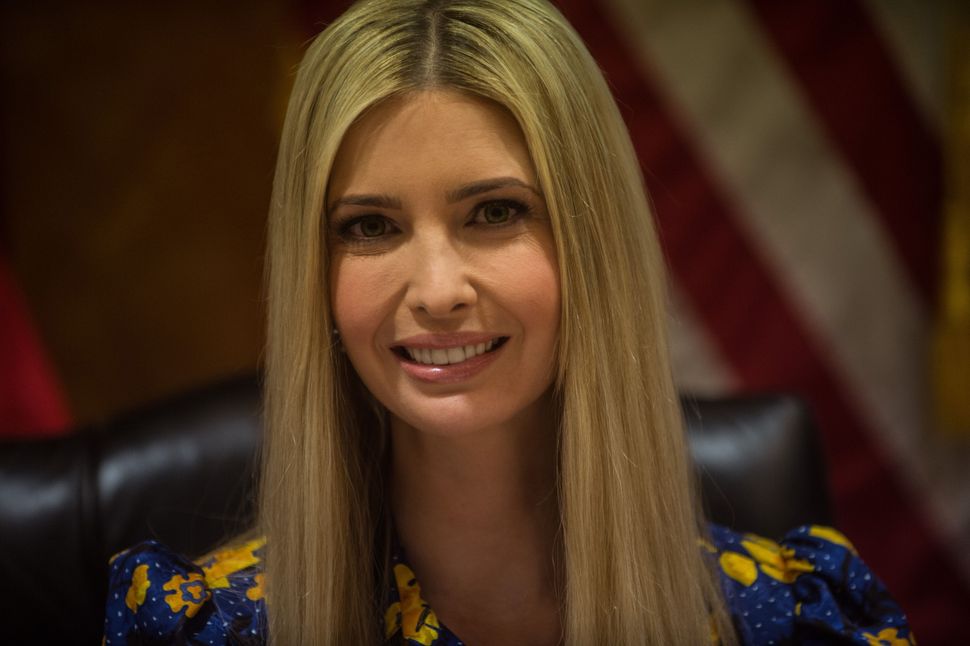 Ivanka Trump has remained largely unscathed by the verbal missiles that Omarosa Manigault Newman has lobbed at the White House…until now.

Despite her impeccable image, we have always suspected that Ivanka Trump is not as indifferent to the scandals that envelope her father’s presidency as she seems. As Jewish women and students of the human condition, how can we not be invested in uncovering the truth behind Trump’s impassive facade? So when White-House-aid-turned-enemy Omarosa unleashed her rage on Ivanka, we stood at attention. Omarosa tore into Trump over the first daughter’s alleged reaction to the wildly unflattering SNL skit that targeted her.

In an instantly iconic Saturday Night Live sketch, Scarlett Johansson portrays Ivanka Trump in a fragrance ad as a voiceover intones, “She’s beautiful. She’s powerful. She’s complicit. She’s a woman who knows what she wants. And knows what she’s doing.” The voiceover then went on to further twist the knife, “Complicit, the fragrance for the woman who stop all this — but won’t.”

Publicly, Trump spoke lightly about the offensive SNL sketch a month after it aired. In an interview with CBS News, smoothly brushing it off, she quipped, “if being complicit is wanting to be a force for good and to make a positive impact then I’m complicit.” Her eyes sparkled with self-assurance as she added, “I don’t know what it means to be complicit, but you know, I hope time will prove that I have done a good job and much more importantly that my father’s administration is the success that I know it will be.”

Omarosa asserts that this graceful nonchalance was just an act. In her tell-all book about her time in the White House, “Unhinged: An Insider’s Account of the Trump White House,” she writes, “At the senior staff meeting, Ivanka couldn’t stop bemoaning it, how offensive it was, how ridiculous it was. We’d all been subject to SNL attacks…We’d all been hit, many of us in that same week’s show. But Ivanka would not stop talking about being ribbed. Like her father, Ivanka was thin-skinned and could not seem to take a joke.”

Thin-skinned Ivanka, stop and smell the roses! And that perfume.