‘Crazy Rich Asians,’ ‘The Cut Out Girl’ And More To Read, Watch And Do This Weekend 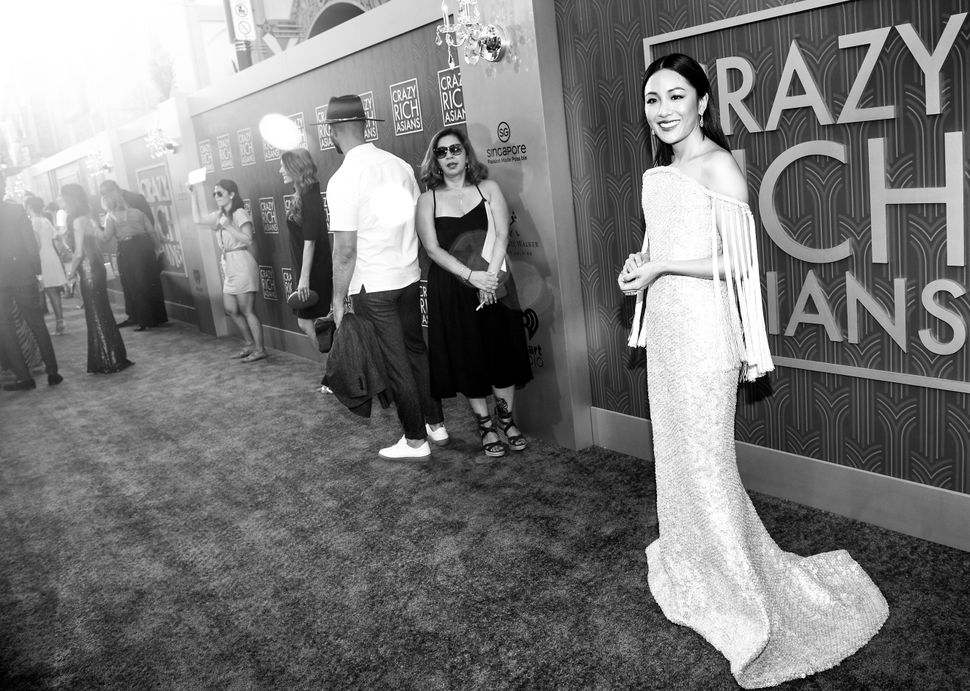 Aretha Franklin was the heartbeat of American music, an unmatchable talent with an unmatchable presence. Thursday’s news of her death from pancreatic cancer at age 76 was met by testaments to her greatness from everyone from Barack and Michelle Obama to Barbra Streisand. For the Forward, Benjamin Ivry wrote a meditation on Franklin’s lasting Jewish significance, which is well worth reading. But there’s no way to celebrate Franklin’s extraordinary impact on American culture like listening to her own prolific output. Save some time this weekend to sit down with some of her greatest records; The New York Times has a good primer on where to start.

Otherwise, read on for the best ways to spend your weekend in New York City, Washington, D.C., Chicago and Los Angeles, as well as the best new books and movies.

Bart van Es’s “The Cut Out Girl: A Story of War and Family, Lost and Found” has earned early praise; writing for the Forward, Julia M. Klein called it a “graceful memoir.” Paul Kildea’s new book “Chopin’s Piano: In Search of the Instrument that Transformed Music” tracks the titular composer’s beloved instrument through history, and crucially, through the possession of the Jewish harpsichordist Wanda Landowska. And if you’ve yet to read James Loeffler’s “Rooted Cosmopolitans: Jews and Human Rights in the Twentieth Century,” read it on Glenn C. Altschuler’s recommendation. “Loeffler makes a compelling case that ‘the political and moral dilemmas facing Jews today’ are exacerbated by a ‘lazy dichotomy’ between nationhood ‘that is positioned in opposition to the world’ and human rights universalism ‘that pretends to come from nowhere,’” Altschuler writes.

“Crazy Rich Asians” is the week’s buzziest new feature, and, as Jenny Singer writes, it’s a must-see for Jews. Also worth catching is “The Wife,” an adaptation of Meg Wolitzer’s 2003 novel of the same name, which stars Glenn Close and Jonathan Pryce. And this week saw the passing of the Oscar-winning Israeli filmmaker Moshe Mizrahi. Revisit some of his oeuvre, including the best foreign-language film-winning “Madame Rosa,” in memoriam.

Theater is the main event in D.C., this weekend, as well; make time for either the Keegan Theatre’s “The Bridges of Madison County,” with music and lyrics by Jason Robert Brown, or the Theatre Lab’s take on Kander and Ebb’s “Curtains.” Sunday afternoon, make your way to the National Gallery of Art for a lecture on German Expressionism from curator David Gariff.

Saturday night, camp out at Ravinia for a celebration of Leonard Bernstein’s centennial presented by the Chicago Symphony Orchestra, with Marin Alsop conducting. Otherwise, head to a promising new gallery exhibit, either the Woman Made Gallery’s 21st International Open or Hyde Park Art Center’s “The Art of Being Dangerous.”

Bernstein out-of-doors seems to be a theme this weekend; in LA, a top pick is the Pasadena Symphony and Pops’ “Bernstein’s New York” at the LA County Arboretum. Otherwise, two plays beckon: Stephen Sachs’s “Arrival & Departure” at the Fountain Theatre and “Jews, Christians and Screwing Stalin” at Plays 411.

‘Crazy Rich Asians,’ ‘The Cut Out Girl’ And More To Read, Watch And Do This Weekend