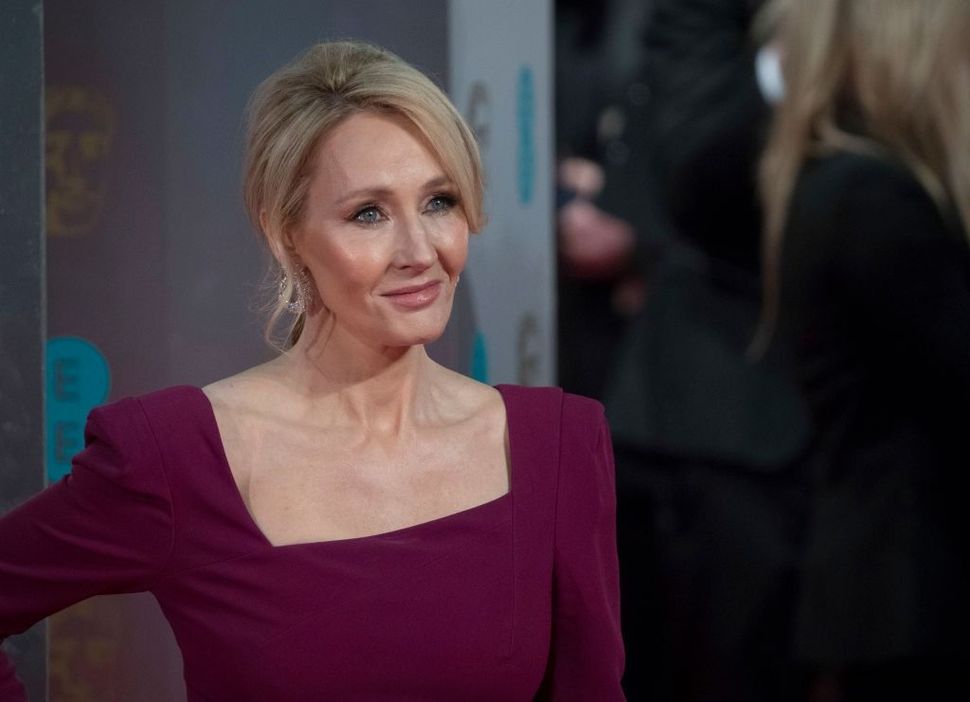 The woman who wrote a seven-book series featuring unforgettable Jewish side-character Anthony Goldstein has taken to Twitter to call out instances of anti-Semitism across the web.

JK Rowling, as handy with a click as she is with the quill, took to the web on Monday to post screenshots of anti-Semitism from the internet, focussing on the current fraught conversation surrounding British Parliament members and Jews.

Rowling, one of Twitter’s most prominent and enthusiastic justice-focused posters, tweeted five screenshots showing social media users engaging in what she labeled #antisemitism. Three identified instances in which people used association with Israel as a way to accuse Jews of crimes in an attempt to avoid the label of anti-Semitism. “When challenged, out comes the stock defense [sic] of the racist alt-right. #antisemitism” she captioned a screenshot in which a user seemed to use the word “Zionist” as a euphemism for Jew. In another, a Twitter user solicited a rabbi to comment on an article on the website “The Synagogue of Satan,” titled “The Secret Jewish History of World Domination.”

When challenged, out comes the stock defence of the racist alt-right. #antisemitism pic.twitter.com/WLBe7ksWhH

Rowling’s tweets are most often concerned with disavowing prejudice, and she’s been on a specifically Jewish tear as British politicians continue to be accused of and associated with anti-Semitism. She retweeted British MP Anna Turley’s status about the origins of the Holocaust on Friday, and British professor David Hirsch’s thread about the legitimate fear of anti-Semitism in the UK that same day. Two weeks before, she shared an article from the UK Spectator, called “The Old Left and the New Anti-Semitism,” following another tweet highlighting Jewish citizens’ fears of anti-Semitism in her country.

Rowling has 14.4 million followers on Twitter, and she’s not Jewish. She doesn’t have to be doing this, but she is. Her support is a reminder that allies can be found in the darkest places of the internet — if one only remembers to turn on the light.