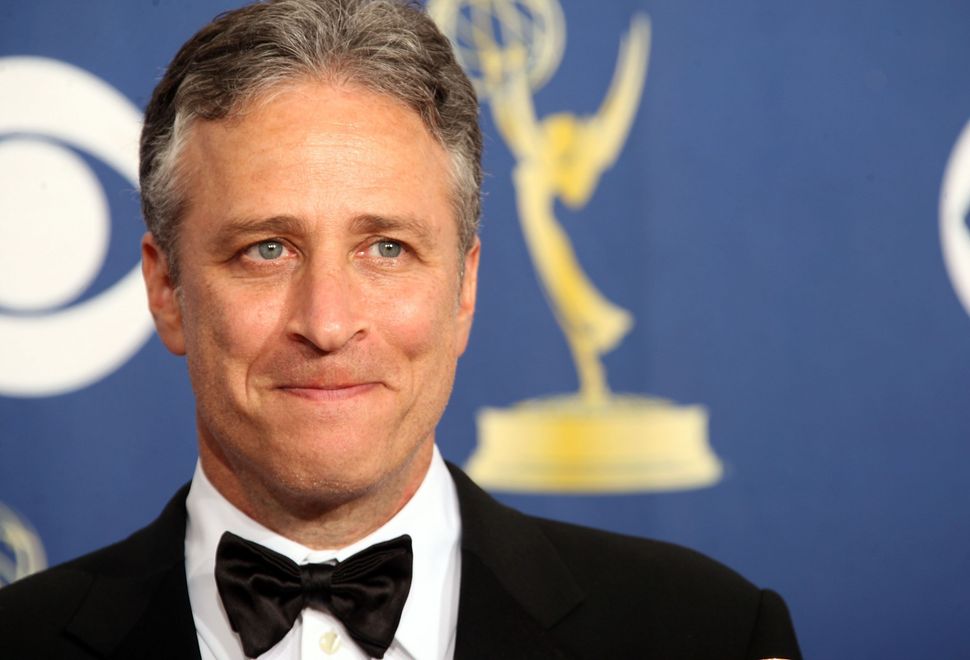 Behold! He who protecteth Israel will neither slumber nor sleep. — Psalm 121:4

High on a (moral) hill lived a lonely goatherd, and that goatherd’s name was John Stewart.

When two escaped goats were found roaming the tracks of the N train in Brooklyn (between the Fort Hamilton Parkway stop and the 8th Avenue stop, for the curious,) New Yorkers felt like the MTA had to be kid-ding. Jon Weinstein (naturally) a spokesperson for the transit authority, said that the goats happily snacked on the grass along the side of the trains before being tranquilized and captured by 1pm. That’s right — the goats wandered free for two full hours, so think next time before you call the MTA inhumane. (The right word would be “dysfunctional.”)

Then, according to the New York Times, Jon and Tracey Stewart drove to Brooklyn, picked up the tranquilized goats, loaded them into a van, and drove them to the Farm Sanctuary, an animal shelter in Watkins Glen, New York that the couple has long supported.

This gif must be having the busiest day of its life:

Not only is this not Jon Stewart’s first time saving a wild animal in New York City, Tracey Stewart is a major animal protection advocate.

It just shows that though Stewart’s tenure as host of The Daily Show is done, we are never really alone. When animals are in need, Stewart will hoof it straight to the scene of the crime and make hay of a bad situation.

Update: Jon Stewart, the ? herder? The former host of the @TheDailyShow, seen on the left, helped get 2 goats to an animal shelter upstate Monday. The goats traveled along the N line tracks in #Brooklyn in the afternoon. It’s not clear how they got there. Video: Farm Sanctuary. pic.twitter.com/iUur2H8a6g