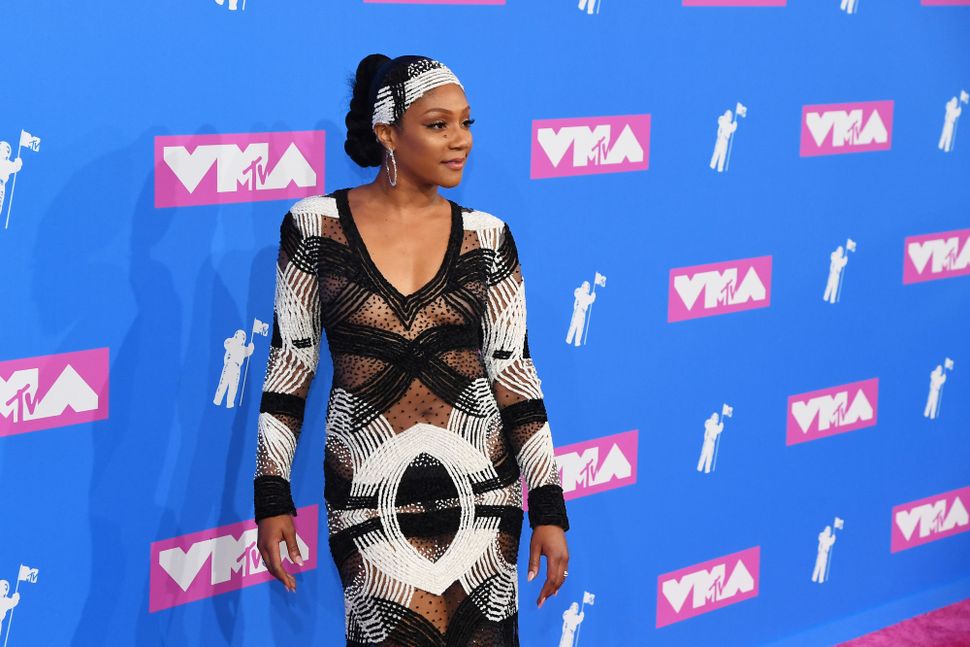 Tiffany Haddish has been in the news lately with a repertoire of upcoming films. But, with more exposure in the spotlight comes more room for Hollywood tangles. At the MTV Video Music Awards Monday night, the 38-year-old comedian came after girl group Fifth Harmony – -or rather, Fourth Harmony, since Camila Cabello’s departure in 2016.

As she stood besides Kevin Hart, Haddish threw major shade the group’s way by snarkily pointing out Camilla Cabello’s success compared to the rest of the girl band. “She’s nominated for five VMAs tonight. Five of them. I’m super proud of her,” Haddish said. “So those of you watching at home…Hi Fifth Harmony!” The camera zooms in on Camila Cabello who could be seen in the crowd shaking her head in disapproval.

In May 2018, the rest of the members — include Ally Brooke, Normani Kordei, Dinah Jane, and Lauren Jauregui — went their separate ways to work on solo music. Cabello has proven by far to be the most successful. Some viewers felt that Haddish’s comment was spoken in poor taste; Nicki Minaj seemed to think so. “Don’t come after 5th Harmony because Normani is that b***h,” she brazenly told Haddish as she accepted the award for Best Hip Hop video. Haddish shrugged her shoulders and laughed with the rest of the crowd in response. That’s a good sport Tiff!

In lieu of fighting fire with fire, Lauren Jauregui took to Twitter to share a message of love.

Waiting for the day when supporting one successful dope woman does not mean insult to other successful dope women. There is energy and space for us all to beautifully coexist and bless the world with our individual truths, stories and talents.✨?✨

Sorry Tiff, we have to agree with her on this one.