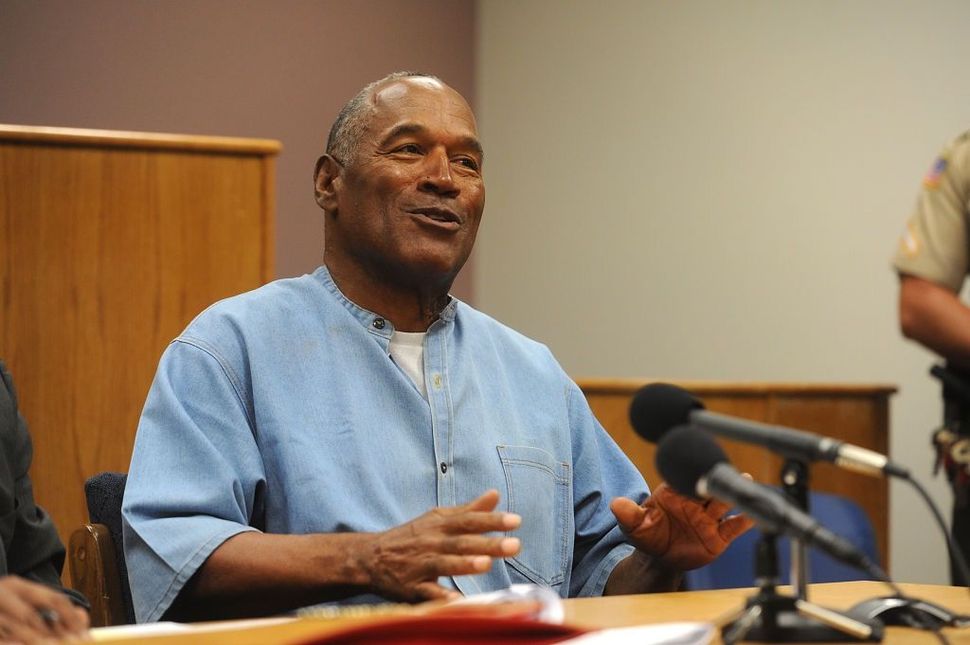 People doubted him, but in the first season of his new TV show, Sacha Baron Cohen brought the fire week after week.

His sensational show “Who is America?” continued to fill us with immeasurable nakhes (and anxiety.) He strategically chose notorious figures to target with sly barbs and sharp-edged guile. Baron Cohen has honed his comedic chops throughout the show’s first season and, so far, his guest list never disappoints.

For the season finale, Baron Cohen, under the guise of an Italian millionaire and famed photographer named Gio Monaldo, sits down with OJ Simpson.

In case you are a mere tween, totally ignorant or were fortunately sheltered from the heart-wrenching spectacle of the Simpson case, we’ll sum it up briefly. Simpson, whose fame originally stemmed from his NFL career and parlayed into movie cameos, later became notorious after he was accused of killing his ex-wife and her friend. He was the defendant of a murder trial with circus-like media scrutiny throughout 1994. He was ultimately acquitted of murder, though a civil court later ordered him to pay $25 million in damages. In 2008 he was convicted of an unrelated robbery and served nine years in prison.

If it were up to us, “Juice” would be hidden in the mountains slamming his fist against his chest in infinite repentance instead of sashaying around town and embarking on tasteless routes to bring himself back into the headlines. However, it is not up to us.

The “Who Is America” segment is dedicated to Baron Cohen’s dogged persistence in attempting to get Simpson to admit to the double murders that a court found him not guilty of, and which he has sworn up and down that he did not commit. The interview starts with “Gio” heaping praise on the former football star, ironically referring to him as a “women’s rights activist”. When “Gio’s” girlfriend feigns to not recognize Simpson, Gio makes a stabbing motion, in a clear reference to the murders that Simpson was accused of.

Simpson reacts bashfully, chuckling in faux-shame as he responds, “She knows that! Oh, Jesus! Help me!” Yes. Chuckling upon the allusion to his dead ex-wife.

When “Gio” makes a brazen wisecrack that both men are “lady-killers,” Simpson has the audacity to laugh. He smiles and exclaims, cheerily, “I didn’t kill nobody!”

Although Baron Cohen repeatedly goads Simpson in a clear attempt to get a confession out of him, he fails to do so, as Simpson continually deflects the comedian’s remarks by laughing them off.

However, his jovial demeanor and the high five that he offered Baron Cohen seem incriminating enough on their own.